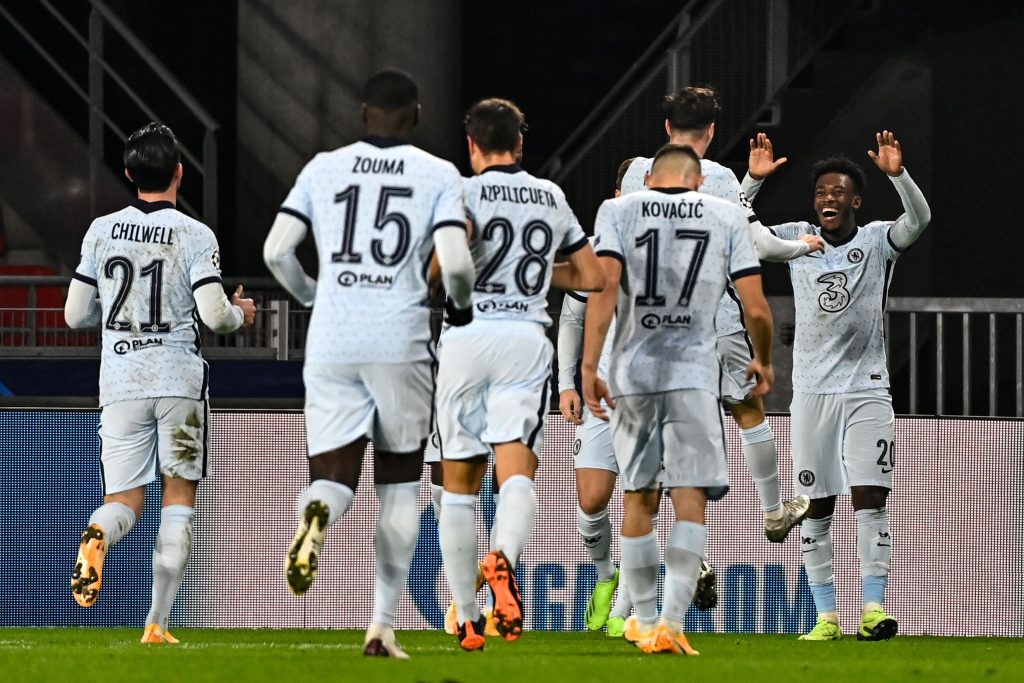 A summer full of big-name transfers put Chelsea on the headlines across England and Europe with the hope they could fight for a title this term with a new-look squad. From Timo Werner up top to veteran centre-back Thiago Silva anchoring the backline, there’s simply just a different feel at Stamford Bridge this season.

Matchday one saw them get off to a positive start, burying Brighton in convincing fashion. But in just their second fixture of the campaign, the Blues faced a daunting task against current title-holders, Liverpool. A red card just before half ultimately hurt Chelsea, with the Reds eventually taking away three points thanks to Sadio Mane’s double in the second period.

However, since that defeat to the Merseysiders, the Blues have looked very promising, going unbeaten in their last eight domestic matches. Four of those have been draws, but the number of goals they are scoring is a sign that all the money they’ve spent in the previous transfer window to bolster their attack has seriously paid off. Frank Lampard’s squad has bagged a league-best 22 goals, which is tied with Liverpool. They’ve also conceded just 10 times, a testament to their strong defence.

The congested squad is raising the level of play within

A lot of people were quick to wonder just exactly what Lampard would do with such a massive squad full of many impactful talents throughout. From last season alone, they already had the likes of Christian Pulisic, Mason Mount, Tammy Abraham, Olivier Giroud, and Callum Hudson-Odoi in the final third. With the signings of Werner, Kai Havertz, and playmaker Hakim Ziyech, it was left a mystery as to how all these players would find minutes.

Although Pulisic and Ziyech have missed time due to injuries, the competition that’s been created within the Chelsea attack has been phenomenal. Within training when you know that minutes must be earned, it’s actually raising the level of play and each player is holding one another to a different standard. Obviously, injuries are always going to happen as well, so it’s nice for Lampard to know he has a plethora of options to pick from.

The same goes for the midfield and backline. Jorginho for example, played basically every single match last term for Chelsea. He was a rock in the middle of the pitch and had more touches than most in the Premier League. Due to Mount’s impressive form and him typically dropping back into a midfield three typically alongside Mateo Kovacic and N’golo Kante, Jorginho has been the odd man out at times this season. But he’s even said himself that it’s a positive for the team because it’s making them better as a whole because of the fight for playing time.

Defensively, Thiago Silva has stepped in and formed a phenomenal partnership with Kurt Zouma as a back two. Unfortunately, Antonio Rudiger has been left out due to their resurgence of the Brazilian and Frenchman, but the German international still insists that he wants to fight for his place. Although Rudiger’s play came under scrutiny towards the end of last season, it’s encouraging for Lampard to know he has another quality centre-back simply waiting for his turn.

After conceding far too many goals in 2019/20, the backline issues that have haunted Chelsea for several years look to be in the past; at least for now. With two extremely strong full-backs as well in youngster Reece James and former Leicester star Ben Chilwell, the Blues are in good hands in their own end.

Ziyech and Werner are the pieces Chelsea needed

Havertz has also impressed since his summer switch from Leverkusen. But COVID-19 and injury problems have limited his minutes recently. Nevertheless, the youngster is certainly going to be a vital part of the future of this club.

However, Ziyech and Werner have ultimately proven why Chelsea was so adamant about bringing in this attacking duo. The former Ajax man had a decorated pedigree before arriving in London, possessing top-notch playmaking abilities and vision on the pitch. Although it took time for Ziyech to make his debut for the Blues after dealing with injury problems early on, he’s dazzled ever since. Through six domestic appearances, the starlet has already tallied three assists while scoring a goal of his own.

The creativity that Ziyech brings to this squad was much-needed, as he’s been able to deliver countless quality curling balls into the box from the right flank to find his fellow attackers. Then with the ball at this feet, the Morrocan international is swift and quick, showing wonderful dribbling skills while also boasting the pace to beat opponents in a heartbeat. Ziyech can change the game in a matter of seconds in a number of ways, which is a skill that Chelsea have missed since Eden Hazard’s departure for Real Madrid.

Werner proved to be a world-class finisher throughout his years with Bundesliga outfit RB Leipzig, amassing 28 goals last season alone for Julien Nagelsmann’s side. The 24-year old was sought-after by many clubs across Europe this summer, but the Blues were ultimately the ones who were able to secure his signature. So far, it’s been worth every penny, as the German has bagged eight goals in 15 competitive matches while also grabbing three assists.

Although Werner hasn’t scored since the international break, he’s been instrumental on the whole this term. The opportunities have been there for him, it’s just a matter of putting them away. His ability to make solo runs and beat numerous players going forward because of his pace has resulted in him also setting up teammates for easy finishes. It initially took time for Werner to adjust to the style of play in England, but he’s definitely served his part in the attack to this point.

Mendy has been a dream signing

The countless disappointing performances from record signing Kepa Arrizabalaga in between the sticks ultimately resulted in Chelsea going out to get another keeper just before the transfer window ended, bringing in Rennes shot-stopper Edouard Mendy. This could have arguably been the best addition of all. 11 games in, he’s already registered eight clean sheets, while conceding just three goals. Along the way, Mendy has made numerous sprawling saves that have changed the outcome of matches, including a top-notch performance in one of his first appearances against Manchester United.

There’s nothing better than having tons of attackers who can bag goals, but it’s impossible to look past a keeper who can provide such consistency on a weekly basis. Mendy has done just that and profiles to be the man for the future in goal for Chelsea.

Should Chelsea be in title conversations?

It’s only 10 matches into the Premier League season, but given their early form, the Blues should certainly be considered a contender for the title. Only a few points separate many different sides right now, but Chelsea’s run of fine form must be noticed. They’ve strengthened their squad in every area imaginable and we all knew it wouldn’t come together right away. But now, all these new players are starting to gel and understand each other. Frank Lampard has learned who fits best in certain positions and barring injuries, this side can certainly make a run at top spot this season.

Currently third in the league and just two points off the top, it will be exciting to see just where they will finish come May.