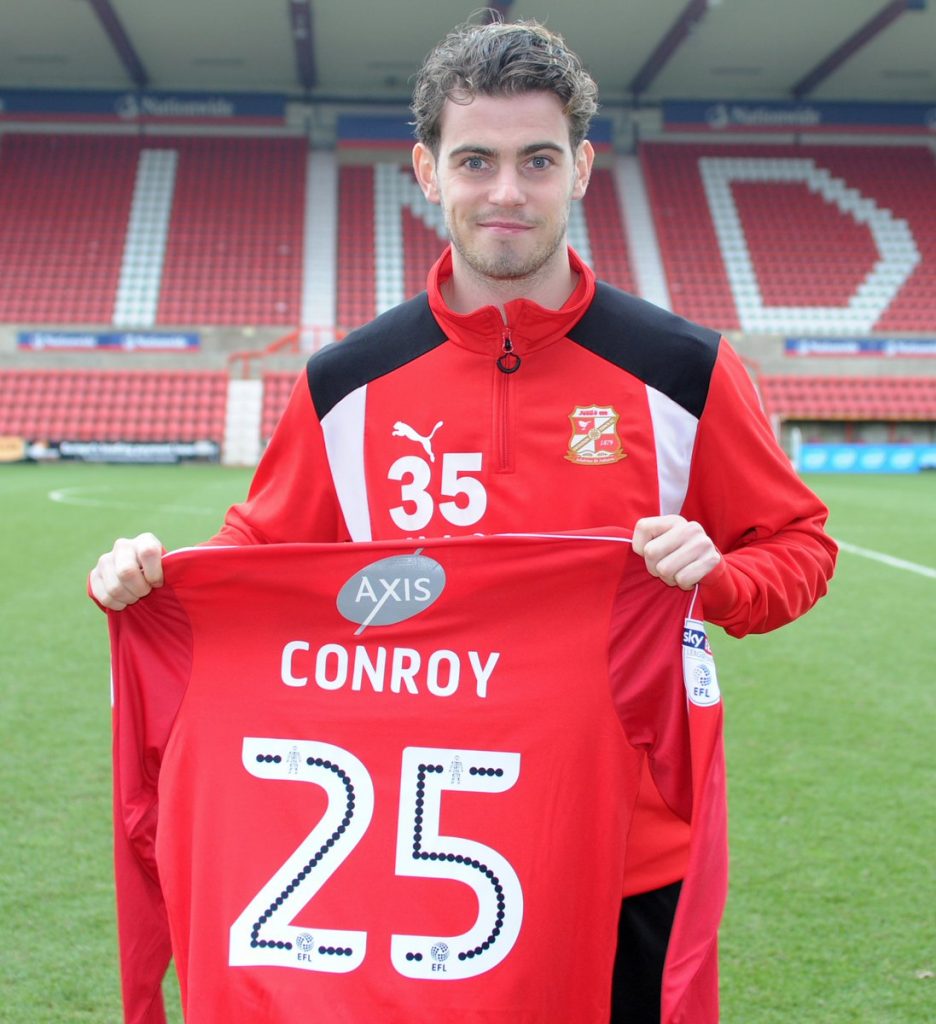 Chelsea defender, Dion Conroy, has joined Swindon Town in the January transfer window. The player says he is excited to have joined a “very big club”.

Swindon Town have confirmed the move on the club’s official twitter handle. The player will wear the number 25 shirt for his new club.

Conroy joined Chelsea at the age of 12 and was a key player for the youth team before he moved out on loan spells. He has made almost 100 appearances for the club’s youth team. However, he has failed to make a senior appearance for the Premier League club.

The 21-year-old was playing for Aldershot Town and extended his loan just a few days ago. However, he was recalled from his loan spell earlier this week. The transfer process happened quickly and the player is now looking forward to playing regularly at a higher level.

He had two and a half years left on his Chelsea contract, but decided to join Swindon Town on a permanent move. He has signed a two-and-a-half year deal with Swindon, and is hoping to develop his game at the League one club.

I’m very excited to be here. Swindon is a very big club and I’m just looking forward to getting started and playing.

I found out on Wednesday that coming here was a possibility and it just all happened really quickly.

I’m just happy to properly join and get everything signed – I’m looking forward to playing! Everyone knows about Swindon so it is obviously a very big club and to be involved with the first-team here is very exciting.

Hopefully I can bring something to the team and help the club win points.

One of the main attractions for me was the chance to play regularly and develop my game so hopefully I can get game time and show everyone what I can do.

I want to work hard, get my head down, get used to everything and get in the team and help them out.

He becomes the fourth Chelsea player to have joined Swindon Town in the January transfer window. The club’s technical director, Tim Sherwood, has brought in young talents from the Chelsea academy to help head coach, Luke Williams, get out of relegation danger in League One.

Earlier this month, the trio of Charlie Colkett, Fankaty Dabo, and Islam Feruz joined Swindon on loan. However, this time, they have signed Conroy on a permanent basis, and for an undisclosed fee. He could make his debut for the Robins when Swindon play Bristol Rovers in League One on Saturday.