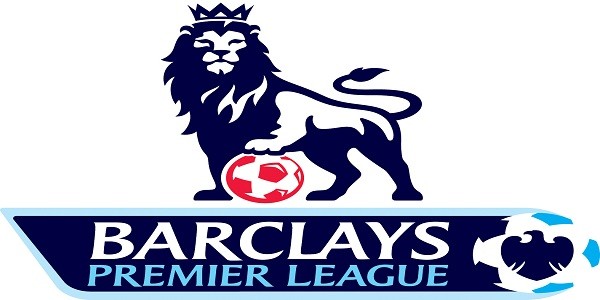 The big game this weekend sees Chelsea play host to Liverpool on Sunday (4pm KO, Live on Sky Sports 1), and the stats suggest that the visitors are worth a punt at 4 with bet365 and Paddy Power
The Reds currently sit 10 places behind Chelsea in 12th place and it’s true to say that they have made a very disappointing start to the season and come into this having won none of their last four matches in all competitions.
However, the stats are very good as far as Brendan Rodgers’ men are concerned.
They have lost only two of their last 11 Premier League games against Chelsea (W7 D2 L2) and won the last four in a row.
The Merseysiders have also won three and lost just one of their last five league trips to Stamford Bridge and also won at the home of the west Londoners last season in the League Cup.
That suggest that they could well raise their game and cause an upset, especially as Chelsea have failed to keep a clean sheet in their last five games.
They have also conceded the opening goal in their last two league games on their own patch, and in Luis Suarez Liverpool have a striker who could cause them all sorts of problems.
The Uruguayan league conversion rate is 14% this season, up from 10% in 2011-12, and he has been directly involved in 82% of Liverpool’s goals this season.
He is a 7.5  chance with Betfred to score the opener, and can be backed at a very tempting 3 to net anytime with Boylesports.
Given that both teams are finding it hard to keep a clean sheet, both teams to score looks a really solid bet at 1.62 with bet365.
Spurs travel to the Etihad to take on Man City on “Super Sunday” (1.30pm KO, Live on Sky Sports 1) and look overpriced at 6 with bet365 to cause an upset.
City may be unbeaten in 34 games at home, but they have not been at their best this season and it is surely only a matter of time before that run comes to an end.
They are now all but out of the Champions League, and their seems to be plenty of disharmony among the players – especially the likes of  Kolo Toure and Mario Balotelli.
Yes, they have won the last three games against Spurs in the league, but prior to that they had won just one of the previous 15 (losing 11).
Andre Villas-Boas are also in terrific form on the road, and if they win this it’ll be the first time in more than 20 years that they’ve won four consecutive away games.
They certainly have the firepower to put test City to the max, and  Gareth Bale is the player that makes plenty of appeal in the goalscorer markets.
The Welshman has scored first in each of his sides last two away wins, and is a very tasty looking 13 with bet365 to do so yet again.
He can also be backed at 4.33  with Boylesports to score anytime, and that looks big given that he is as short as 3.5 elsewhere.
Both sides to score looks a no brainer at 1.67 with bet365 and Betfred and I fancy Spurs to triumph 2-1 at 17 with Betfred.
Arsenal look a banker bet 1.53 with Betfred and Paddy Power to beat Fulham at the Emirates on Saturday.
The stats are certainly in their favour, as Fulham have never won at Emirates Stadium in any competition – losing 22 and draw 4 in 26 visits.
The Gunners have, however, made their worst start in the Premier League under Arsene Wenger in taking just 15 points from their opening 10 games.
The good news is that they put in a much improved performance in the Champions League in midweek when drawing 2-2 away at Schalke.
Yes they did throw away a lead, but their was much too like about the display and Olivier Giroud will have gained confidence from bagging a much needed goal.
However it’s Theo Walcott that looks the value in the goalscorer markets.
He was outstanding against Schalke, and his goal in that match means that he has now scored 7 goals this season despite nine of his previous 12 appearances coming as a substitute.
He will surely get a start in this, and looks a tasty price at 7.5 with bet365 to bag the first.
Boylesports offer 2.63 about him in their anytime scorer market, and that looks a decent punt for a player on the top of his game.
Another bet well worth considering is under 2.5 goals at 2.25 with Boylesports and Betfred as the last 10 league games between the pair at the Emirates have produced an average of 2.1.
Join our Telegram channel to stay up to date on the latest in marketing