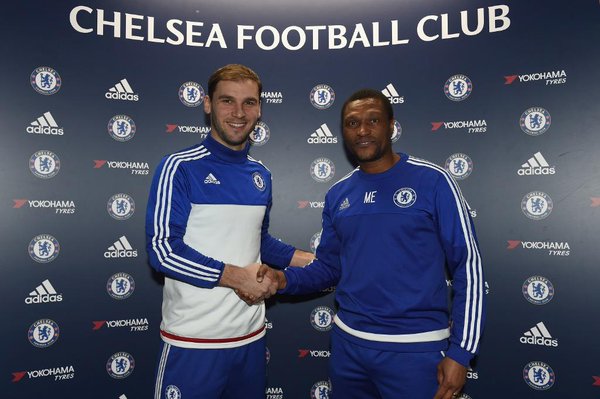 Chelsea have agreed on a new deal with Serbian defender Branislav Ivanovic.

Ivanovic’s contract was due to expire this summer but the 31 year old versatile defender has now signed a one-year extension.

The Serbian has been linked with a move away from Stamford Bridge all season and at one point it seemed like he was heading to Italy with Inter Milan. However, the defender has now put all speculations to bed and has pledged his short term future to the London club.

It seems the Premier League champions are reluctant to lose their prized asset for free this summer and have therefore rewarded him with a new contract. Ivanovic has been a key player for Chelsea since joining the club in 2008.

The Serbian has won several major honours with the Blues including two Premier League titles, the Europa League and the Champions League. Ivanovic has been a key member of the first team and has made 341 appearances for the club so far.

Ivanovic is expected to be on the same wages as that of his previous deal. His new deal is in line with Chelsea’s policy of offering one year extensions to players over the age of 30. The extension will see Ivanovic earning in the region of £120,000-a-week and there is an option of a further year as well.

Ivanovic said: “I am very happy to stay with Chelsea for another season. After eight years here this is my home and there is no other place I would rather play football”.

“I have enjoyed so much success since moving to the club and I am determined to help the team achieve more in the last months of this season and next year as well.”