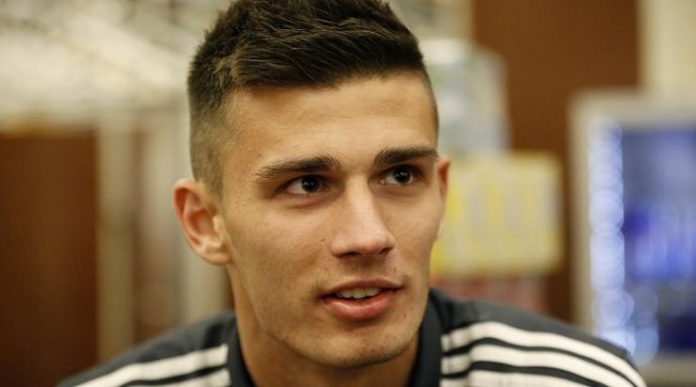 The 20-year-old defender sealed his move to Chelsea last night. The formalities were completed swiftly because of the player’s Polish passport. Miazga does not require a work permit to play in England.

Chelsea were keen to sign a centre-back to replace their ageing captain John Terry and the Premier League champions were tracking the MLS star since November.

The Polish-American defender who is highly rated in America has received offers from other Premier League clubs such as Leicester and Stoke before. But the MLS youth star chose to stay and continue his development in America instead.

The likes of Liverpool, Manchester United, Arsenal and Manchester City were also scouting the player over the last few months.

Miazga is a ball playing defender who likes to initiates attacking moves from the back with his range of passing. Much like Terry, Miazga is a natural leader and a model professional on and off the pitch.

Miazga will cost £3.5m as he has just one year remaining on his current contract. The player turned down the chance to extend his contract before Christmas.