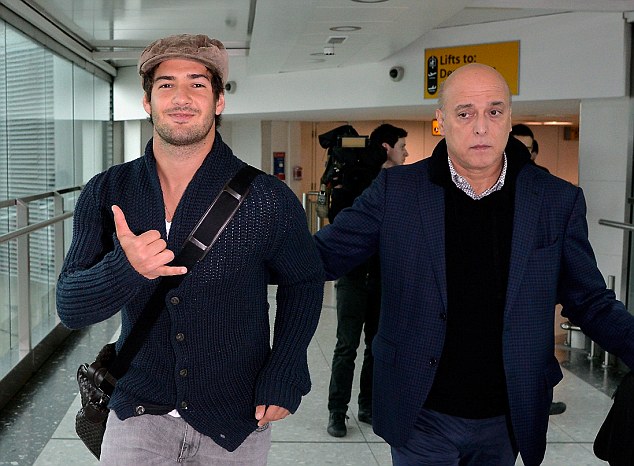 Chelsea have agreed to sign the Corinthians striker Alexandre Pato on loan for the remainder of the season.

The Blues have an option of making the move permanent at the end of the season for a fee of £7m.

The Brazilian striker completed his eleven and a half hours journey from Sao Paulo to London yesterday and was spotted at the Heathrow airport.

Pato confirmed that he was signing for Chelsea and expressed his delight after having agreed on the move.

He said: “So happy, so happy, I stay here for my dream. Chelsea is my new home ‘Thanks Chelsea for the support. Thank you for my fans.”

“I need to play I need to. I don’t know what to say because I am so happy today.”

He added: “I am very anxious. I want to know my new friends, new players, friends in the team. I’m really happy to play for Chelsea.”

The 26-year-old is expected to be a backup option for Diego Costa. The Spanish international has had a tough time with injuries this season and the Blues have been toothless in his absence.

Pato will be hoping to replicate his form for Sao Paulo at his new club. The talented Brazilian bagged 26 goals in his last season with the Brazilian outfit.

The former AC Milan striker seemed delighted with his return to Europe and will now aim to get back into the national team squad by performing at the highest level with Chelsea.