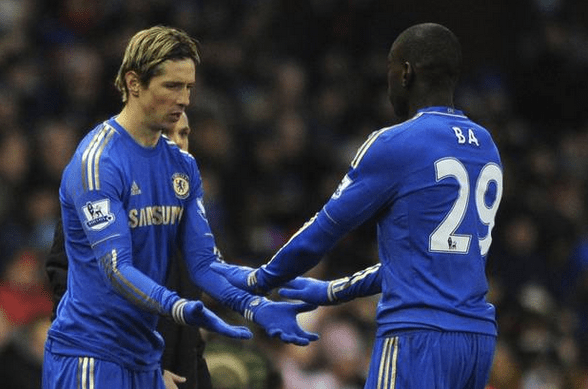 Is Chelsea a finished team? That was the question asked of Jose Mourinho’s men as they took on the reigning English champions on the weekend, a question that the Blues answered with an emphatic no. Chelsea, for all their talented players and individual genius, is a team devoid of two key characters, something Mourinho will need to work on by season’s end.

The Blues currently sit at the top of the table with seven points, with Liverpool and Tottenham right below with six points. Chelsea is also four points clear of Manchester United, and had a chance to make that gap a full six at Old Trafford. However, the Blues stuttered in their attempt, bringing their two-game winning streak to an end and drawing 0-0 with David Moyes’ side.

The game itself wasn’t Chelsea’s best, but then again, playing at Old Trafford isn’t exactly the easiest platform from which to shine. Mourinho’s Chelsea side absorbed much of the offensive pressure offered by the Red Devils, but struggled to combine in midfield and resorted to taking snap shots at goal, Oscar coming closest to scoring but unable to really test David de Gea.

Mourinho isn’t unfamiliar with this style of play – it’s one that he utilized well at Inter Milan, soaking up the pressure before counterattacking with speed. The selection of Andre Schürlle was meant to add that element of pace to the starting line up, but didn’t really yield much. Instead, fans of both sides were treated to a lacklustre encounter that featured plenty of storylines but little football worth remembering.

This match highlights a few of the key issues and problems Mourinho will need to work on to bring his Chelsea side back to their former glories. Besides an obvious age difference – some players much older than before, others still quite young – Mourinho has his work cut out for him. There are two major problem areas in the starting line up for Chelsea; up top and in midfield.

We’ll start with Frank Lampard, who demonstrated today that he is not cut from the same cloth as Ryan Giggs. His age is showing, with plenty of passes zipping right past him, and while his free kick goal a few weeks ago earned him some praise, it’s clear that Lampard’s time at Chelsea won’t last as long as Giggs’ time at Manchester. Surrounded by wingers like Antonio Valencia, Lampard often found himself chasing the ball and, unlike Ramires, was not influential in regaining possession and making his presence felt in midfield.

Ramires continues to prove that he is a quality midfield option but Mourinho will need to do what is sentimentally difficult and phase out his favourite midfielder from the starting line up. Instead, Chelsea must pick up a smart central midfielder, someone like Claudio Marchisio or Daniele De Rossi, or, perhaps, Mourinho’s Madrid midfield maestro, Xabi Alonso. Any one of these players would add that crucial element of defensive discipline in midfield while providing Chelsea’s young attacking midfield line with a touch of experience in passing and off the ball movement to rescue them in high-pressure scenarios.

Manchester United’s ability to close down on Eden Hazard, for example, left the winger unable to really stretch his legs, and with the threat of someone like De Rossi right behind him, perhaps Hazard would have had a little more room to manoeuvre around as well as a quicker option behind him with which to utilize in a tight spot. The midfield needs to be addressed, but not necessarily through the transfer window. Perhaps it’s time to introduce David Luiz as a full-time midfielder.

It’s clear that Mourinho’s preferred defensive line features Gary Cahill, a much more consistent option than David Luiz, who is prone to being caught out of position due to his attacking intentions. Luiz, however, is a great presence to have in either box, and has been used in midfield before. It is a position he could adapt to, if Mourinho were to use him beside Ramires, and while his passing and first touch remains 50-50, his speed and ability to push forward make him an equally effective option as the aging Lampard. Mourinho may want to experiment with Luiz as a midfielder, since he’s adamantly denied a potential sale to Barcelona.

Beyond the midfield, though, Chelsea are lacking a certain something-something up top, too. While Oscar and Hazard continue to combine well, the third attacking midfielder on the night showed, perhaps, that he is not quite ready to start every game. Kevin de Bruyne, bloody lip and all, looked out of his depth taking on Patrice Evra out wide, and relied more on the forward run of Branislav Ivanovic on the flank instead of pushing forward like Hazard on the left. Still, De Bruyne, along with Juan Mata and Schürlle give Mourinho plenty of options to select from in attacking midfield and out wide.

It is at centre forward that Chelsea remains without a strong option. Fernando Torres is the biggest name and Demba Ba can be effective up top, but neither offers the same level of influence that a player like Robin van Persie does. Torres could be that guy for Chelsea but he’s had plenty of time to show and hasn’t really done enough to cement his spot in the starting line up. Besides, for every goal Torres does manage to score, Van Persie scores two.

Chelsea’s main concern during this transfer window has been the acquisition of another forward. Wayne Rooney has often come up, and that particular transfer saga is currently in the “won’t he” stage for Chelsea. Rooney earned praise for “shining” during the game but that was, to be quite frank, kind of nonsense. Rooney didn’t shine, just like Van Persie didn’t shine. He simply played a game where all eyes were on him and didn’t manage to find the back of the net. However, Rooney’s display was important, because, with these two sides meeting during the middle of a potential transfer, it showed those watching just what Rooney is all about and just what Chelsea is missing – the problem is, those two things don’t match up.

Chelsea doesn’t need a forward who drops back into the midfield on every given occasion. The Blues already have plenty of midfield options and are in need of a proper centre forward. While the likes of Falcao or Gonzalo Higuain would fit the bill, Rooney would not, unless Mourinho were to forego the use of a forward altogether and utilize a false nine. The argument can be made that Rooney is very mobile up top and can play almost anywhere on the field, which is a fair assessment of the man, but it is precisely for this reason that Rooney and Chelsea would clash – Rooney is a mover on the field and would get into the lanes occupied by Hazard, Mata, and Oscar, amongst others. That’s all good and well, but as we saw against Manchester United, Chelsea needs a fixed forward up top in order to click.

There’s still plenty of work to do for Jose Mourinho at Chelsea. This is by no means a finished team just yet. However, if there’s any man who can figure out how to make Chelsea a complete team once again, it’s Mourinho. He’ll need some time to figure out if Rooney is the right man, but there are those who would be willing to bet that by the end of the transfer window, Rooney will stay a Red Devil and Chelsea will land another forward – they may just be right come the window’s end.