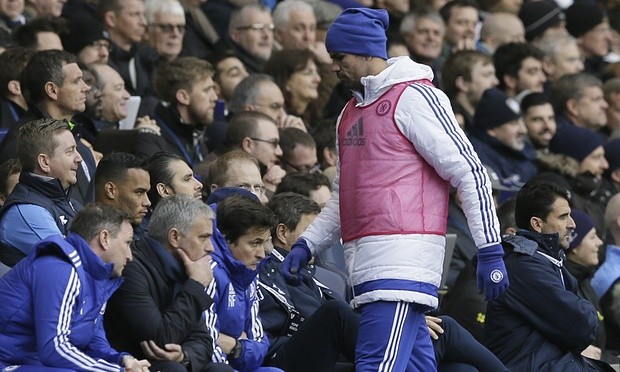 Chelsea end the month of November with a solid 0-0 draw against Tottenham Hotspur on Sunday. The Blues move into 14th in the Premier League, 12 points off the top four.

Jose Mourinho probably would be telling his players to not focus at the league table, rather the team should concentrate on picking up maximum points only.

Although the team has yet to hit the full gear, and still gives the impression of a side bereft of confidence, but recent signs are pretty positive. The defence looked solid in recent matches, with the Blues having not conceded in their last three games.

Key players like Eden Hazard, Cesc Fabregas and Oscar have hinted of returning to form, and if Mourinho can sort out the Diego Costa conundrum, and get the striker back on track, there’s no reason why Chelsea cannot enjoy a fruitful month ahead.

Chelsea’s home form hasn’t been great this season, having lost three times already, but the Blues should pick up full points against Bournemouth, who haven’t won in their last eight Premier League games.

The Champions League tie against Porto should be an interesting one, as Chelsea need a victory to go the top of their group, but even a draw won’t be a bad result.

Sunderland and Watford should be easy pickings for Chelsea as well, although a trip to Leicester could prove to be tricky.

Chelsea end the month of December with a trip to Old Trafford to face Manchester United. It’s hard to predict the outcome of big games, but should Chelsea win their previous matches against Sunderland & Watford, the Blues at least would head into the match with full of confidence.

Although getting all of the selections correct will take some doing, the team at readies.co.uk are offering a £1000 prize to the entrant that gets the most scorelines correct.