Unlike Chelsea, ranking 1st in the Premier League and undefeated domestically since February, AS Roma approached their UEFA Champions League Matchday 3 fixture with extreme caution. Coming from a 0-4 home loss to Inter Milan this week-end, the Giallorossi were counting on returning iconic captain Francesco Totti to sound the charge on the Stamford Bridge fort (or at least, avoid getting killed in the process), hoping for a point or three to re-invigorate a fairly mediocre season so far.

Alas for the visitors, John Terry had other plans.

Indeed, in a match with very tight defending and not many scoring chances, had it not been for the Blues’ captain victorious headed effort in the 77th, it would be tempting to use the words “tactical solidity” and “great determination” when describing Roma’s performance Wednesday. Instead, the main consideration to be made is that much like their season debut, the Giallorossi are cruelly lacking goalscoring power. Chelsea, whose keeper Petr Cech spent the evening essentially sipping tea and eating cookies, can on the other hand be satisfied with their 7-point leader status.. 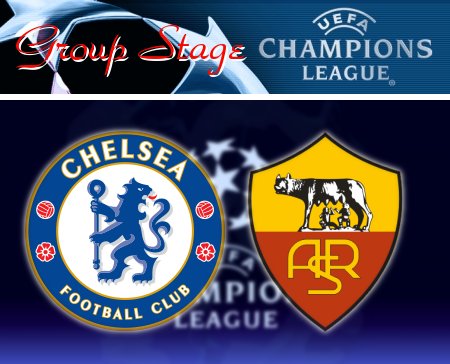 Formation-wise, the absence of David Pizarro was weighing heavily on Roma, who stepped onto Stamford Bridge grass Wednesday with a thick midfield defensive dam (led by the ever-present Daniele De Rossi and complemented by Aquilani and Brighi). Alas for Spalletti’s containment hopes, Juan’s recovery from injury did not take place and the Roma coach was forced to field Panucci (partnering up with Mexès) as central back again, inserting Cicinho at right-back position. On the other end, Luiz Felipe Scolari had the same 4-1-4-1 line-up ideas as his Italian colleague, starting Nicolas Anelka as the lone striker and putting Kalou and Malouda on the wings to help him. Mikel, Deco, and Lampard provided the central midfielder juice.

The first half was a fairly balanced… “non-happening” affair, in the sense there were very few scoring chances. Partly because Roma had a pretty organized game-plan for defusing Blues’ chances, and partly because the plan they had to create some of their own, well… wasn’t working too well. Much like the rest of his team, Totti was still struggling with optimal fitness, and the only thing the Giallorossi could muster were long-range efforts from Aquilani, Vucinic, and their aforementioned captain. Clearly not enough to scare Petr Cech. On the other end, Doni did get a little scared in the Roma net, when a Frank Lampard free-kick struck the upper part of the crossbar and went wide. Aside from that, there was really not much going on in South-West London. 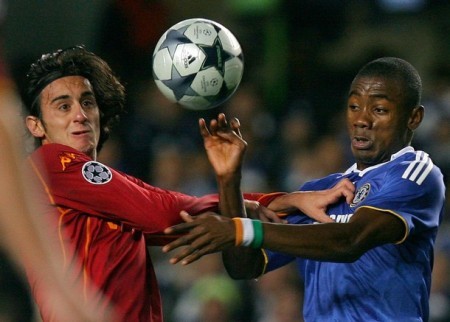 In the second half, Scolari decided to send in Juliano Belletti (on for Malouda), changing his line-up into a 4-4-2 which a priori seemed to indicate defensive tendencies for Chelsea. Reality was different however, because the remodeled Blues (tactically more solid) started upping the tempo and getting closer and closer to the AS Roma net. Getting some shots on target too. First through Mikel (slightly deflected by Anelka, wide), then Kalou (good save by the Roma keeper), and then their iconic center-back John Terry. On that last one (alas for Roma), Doni could only watch as the Blues captain’s redirected header (on a Lampard corner-kick) found the twine and finally put the home team in the lead. 1-0 Chelsea.

It was essentially game-over from that point onwards. Roma had valiantly resisted the Blues’ siege, but that 77th goal cut the legs from under them. In the upcoming days, Spalletti will have to work on his team’s offensive production values (seems almost like a contradiction when talking about Roma, the team with one of the most offensive-oriented gameplans in Serie A’s last decade). Scolari on the other hand, can enjoy his team’s 364 consecutive minutes without conceding a goal. Entertainment might not have been an abundant commodity at Stamford Bridge tonight, but if anything, that deserves some respect. 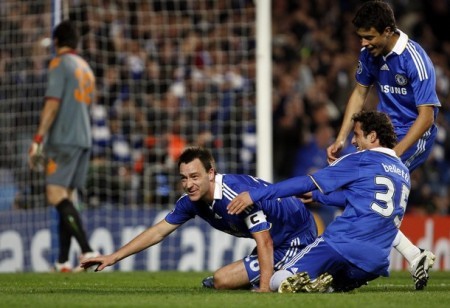