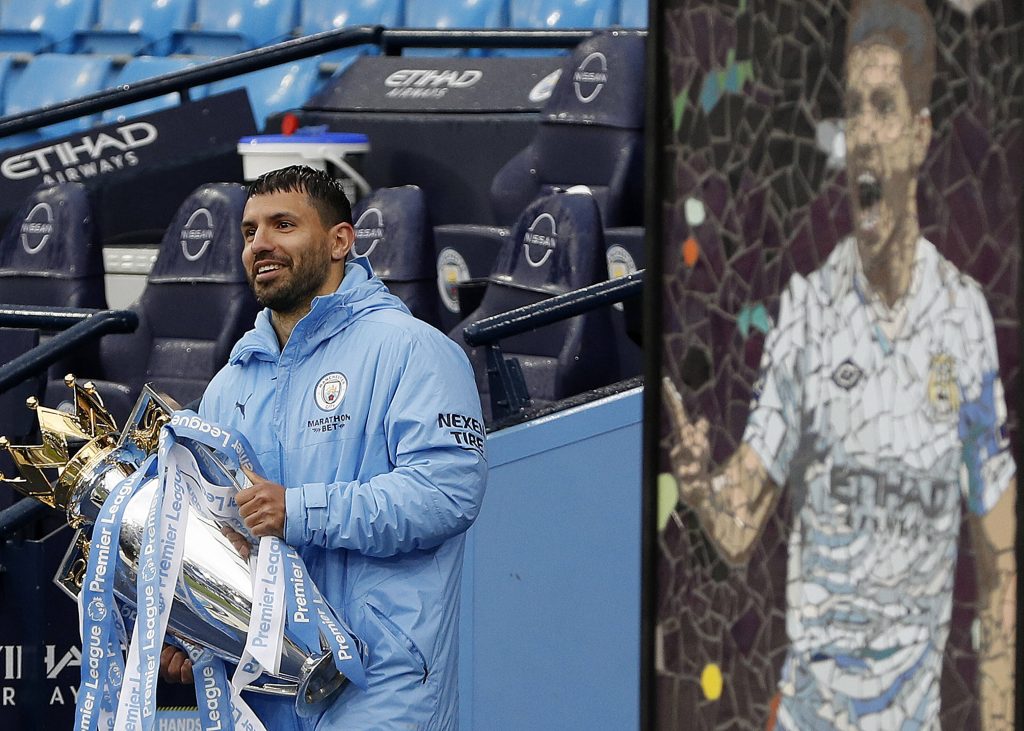 Manchester City and Chelsea face off in the Champions League final at the Estádio do Dragão on Saturday night.

The Cityzens are aiming to win the competition for the first time in their history, while the Blues are eyeing a second title.

Pep Guardiola’s side are regarded favourites, but their Premier League rivals have beaten them twice in as many months.

It promises to be an interesting affair, and here is our combined line-up for the game.

Ederson and Edouard Mendy were impressive during the league campaign, and the former won the Golden Glove award with three more clean sheets than the latter (16).

Both players have excelled with their shot-stopping between the sticks, but Ederson makes the cut with his impressive range of distribution.

Ruben Dias was instrumental towards City’s league success, and he was recently rewarded with the FWA Footballer of the Year award.

The Portuguese is a definite pick in central defence. Alongside him, Thiago Silva gets the nod. The 36-year-old has been a solid presence in the Blues backline.

Antonio Rudiger has also had a good second half to the campaign, but looking at the season as a whole, Silva is our choice with his big-game experience.

In the full-back positions, Kyle Walker and Joao Cancelo make the cut.

It is a tough call between Walker and Cesar Azpilicueta. The City man is the better defender in our view, with his ability to quickly track back to nullify counter-attacks.

Cancelo gets the nod over Ben Chilwell and Marcos Alonso due to his exceptional form earlier this season, where he was operating like a playmaker with regular forward runs.

N’Golo Kante takes the sole defensive role ahead of Fernandinho and Rodrigo.

The Frenchman has been pivotal to the Blues’ run to the Champions League final. He has excelled with his intercepting skills and has won possession higher up the field.

Fernandinho’s recent form deserves a mention, but Kante has been a player revived this term after overcoming a string of niggles, which hampered him last season.

In front of him, Kevin De Bruyne and Mason Mount are our choices.

De Bruyne has had a campaign hampered by a couple of injuries, but he has still bagged 10 goals and 18 assists from just 39 appearances.

Ilkay Gundogan was the main man for the Cityzens earlier this season when he was scoring for fun, but the goals have dried up for him in recent months.

Hence, Mount is our pick to accompany De Bruyne. The England international has proved plenty of doubters wrong with an improved second half to the season.

He was guilty of missing chances on goal, but his fortunes have changed under Tuchel. Six of Mount’s nine goals have come with the German at the helm.

Riyad Mahrez’s future was a topic of speculation earlier in January when he was hardly getting playing time in the big games.

He has had a tremendous turnaround ever since and starred against Paris Saint-Germain in the semi-final ties with three goals.

He is a definite starter for us on the right wing, and the same could be said about Phil Foden, who has excelled from the opposite flank.

Foden has been Guardiola’s main man for the role ahead of Raheem Sterling and has had an excellent season with 26 goal contributions.

It was a close call between Foden and Timo Werner, but the Blues forward has been poor with his finishing in front of goal in his debut season.

Werner has provided key assists for the Blues but has struggled with his main job of netting goals. When he has scored, he has generally been offside.

Sergio Aguero is our preferred pick to lead the line ahead of Werner, Ferran Torres, Gabriel Jesus and Kai Havertz.

The Argentine has had a disappointing last season with the club due to injuries, coronavirus and competition for places.

He showed his quality in his farewell Premier League appearance against Everton on Sunday, scoring a quick-fire brace off the bench.

Aguero is still one of the best in the world, and he has an exceptional record against the Blues with 15 goals in just 22 outings against them.