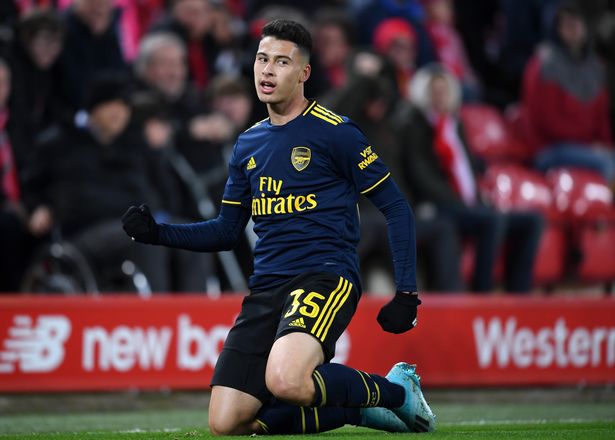 AS Monaco midfielder Cesc Fabregas has named Gabriel Martinelli as the current Arsenal player he wishes he could play with.

The former Gunners skipper was asked the question during a Q & A session on Twitter, and he chose the Brazilian youngster as the one he would love to play with among the club’s current crop of players.

Being a creative midfielder, Fabregas loves a forward capable of constantly converting goalscoring chances, and the Arsenal youngster has proven how deadly he can be in front of goal this term.

The 18-year-old has scored 10 goals in 26 games across all competitions for the Gunners this term, surpassing everyone’s expectations in the process.

Despite already been a first-team player for Ituano FC prior to his arrival at The Emirates last summer, not many expected the teenager to establish himself as a member of the Arsenal first-team this quickly.

However, making the jump from Brazilian Football League’s fourth tier to the Premier League has been very easy for Martinelli, and he is an exciting potential with a bright future ahead of him.

It’s no wonder that Fabregas wishes to play alongside him, and there is no doubt that the Spaniard is a huge fan having been impressed with what he has seen thus far.