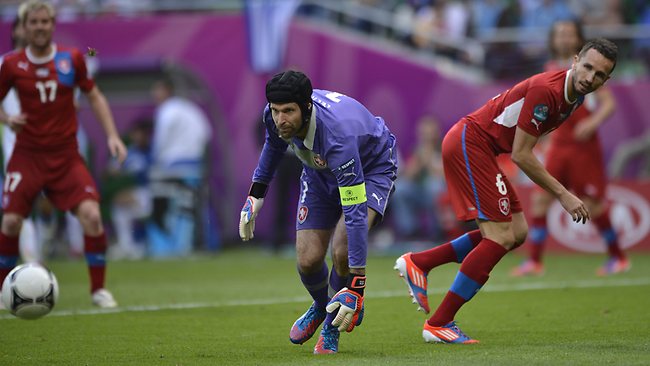 Once renowned amongst the best goal keepers in the world, Petr Cech is now rated amongst the most inconsistent ones. The Czech goalie has not shown the form that led to his fame and has already conceded 5 goals in first 2 matches at the European Championships. The last one thanks to an amusing blunder against Greece by the Chelsea keeper himself.

The footage of the very goal can be seen here. Cech collided with Tomas Sivok and the ball slipped from his hands into the path of Greece’s Theofanis Gekas to score. He was relieved to see his side eventually end up winning the game 2-1 and accepted the blame:

“It was my fault. I knew I’d made a very bad decision – I was trying to catch the ball too quickly”

Not to forget the blunder against Greece is not the first one he has committed at European Championships. Four years back in Euro 2008, Czech Republic were on their way to the quarterfinals as they led Turkey 2-1 in the final group fixture. With only 3 minutes remaining Cech made a complete mess of a not so threatening cross and gifted the ball to Nihat Kahveci who scored in the empty net. Minutes later, Turkish captain was on the score sheet again sending his side through and Czech went crashing out of the tournament.

Even then the champions league winning keeper came up and accepted the blame for his nation’s demise in the competition.

“It is like the feeling I had after the final of the Champions League but it is worse here, because I know that the mistake I made for the second goal is sending the team home.”

Cech did not have an impressive season for Chelsea as well. The London club finished sixth in the premier league, however Chelsea fans only remember his heroics in the FA cup final and semifinal of Champions League that count for a lot more. In a very similar way Czech fans will be hoping for him to forget past blunders and deliver top performance to ensure co-hosts Poland’s exit.

Czech Republic may qualify for quarterfinals with a draw depending on what happens in the match between Greece and Russia. However Poland need to win at all costs to qualify and they will give their all in front of all important home crowd which will be an extra edge. 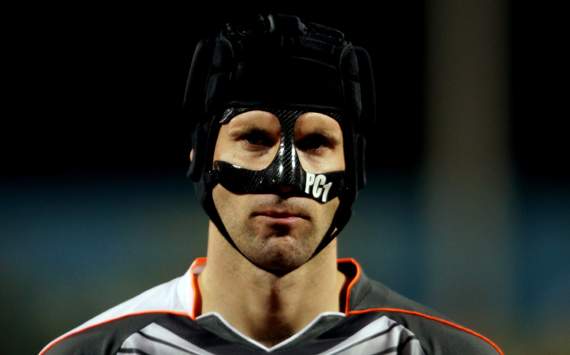 Cech believes that his side learned from mistakes against Russia and overcame Greece in the second fixture. Adding to that realizing from his mistakes Cech also claimed:

“I believe this was enough. I won’t make a silly mistake like this again,”

The fans will be hoping that he has learned from his own errors and will ensure no howlers in the final group fixture as if this time his blunders lead to the country’s exit from the competition, he may as well need a bigger mask to save himself than the one he is wearing in the picture.