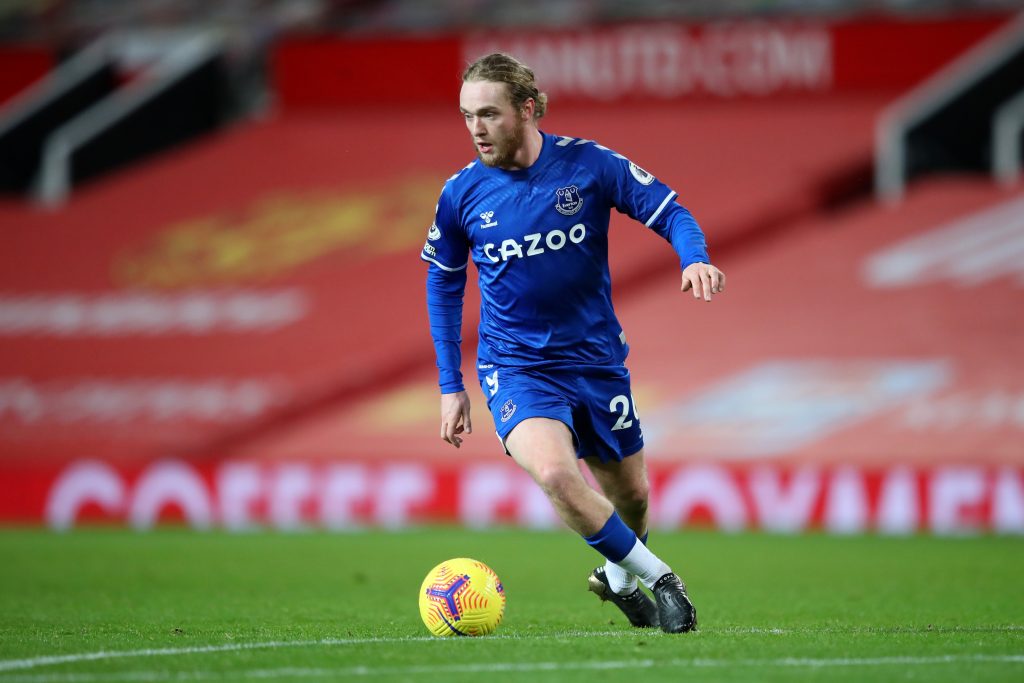 Ahead of Everton’s Premier League clash against Fulham on Sunday, Ancelotti has spoken highly of Davies and it will surely boost the youngster’s confidence.

The 22-year-old struggled to make an impact under Ancelotti last season, and there were even suggestions that he should be sent out on loan.

With Everton bolstering their midfield this summer by signing Allan and Abdoulaye Doucoure, it was feared that Davies would really struggle to get games.

However, he has made eight Premier League starts this season and has got better with time. He was outstanding against Tottenham Hotspur in the FA Cup on Wednesday, and many fans felt that it was his best performance to date.

Ancelotti seems very impressed with Davies. The Italian has said that the young midfielder has ‘improved a lot’ and that he is doing ‘really well’.

The former Real Madrid boss has added that Davies is a powerful and dynamic midfielder who has improved in managing the ball and with possession.

Davies has really impressed in recent weeks and the youngster rightly deserves the praise he is getting.

However, he needs to be patient and wait for his opportunities. With Allan and Andre Gomes set to return, Ancelotti will now have a lot of options in midfield.

Everton fans will love that Ancelotti has particularly spotted Davies’ improvement in the tactical side of the game.

Davies is a highly-rated young midfielder and he is now showing what many fans expect him to become.