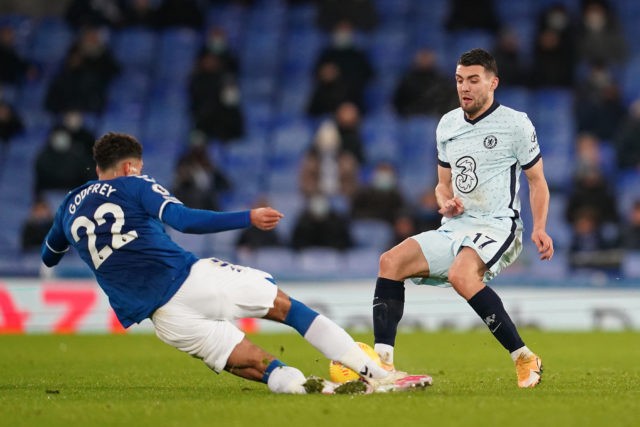 Carlo Ancelotti has showered heaps of praise on defender Ben Godfrey ahead of Everton’s Premier League clash against Leicester City on Wednesday.

The Toffees are heading to this game on the back of a 1-0 win against Chelsea in the Premier League at Goodison Park last week.

Everton are missing a lot of key players through injury. The likes of Seamus Coleman and Lucas Digne being both ruled out, and it seems Ben Godfrey is set to continue at the back.

Godfrey joined the Toffees in the summer transfer window from Norwich City for a reported fee of £25m.

Ancelotti has said in the press conference that Godfrey has surprised him with his qualities.

The Italian boss has hailed the young defender as someone with a ‘strong personality’, and feels that the club has signed a ‘really, really good defender’.

“Ben Godfrey is a good surprise for me, he is showing all his quality,” Ancelotti said to the club’s official website.

“He is a guy with a strong personality, humble. I think we signed a really, really good defender.”

Ancelotti has used Godfrey — who is a natural centre-back — and Mason Holgate as full-backs against the Blues last week. Both the players were simply outstanding against Chelsea, and Ancelotti will be hoping for a similar sort of performance against the Foxes.

Everton are five points and six places behind Tottenham Hotspur at the summit, but they can close the gap at the top with back-to-back wins.

Leicester, on the other hand, find themselves third in the Premier League table, one point behind both Liverpool and Spurs.

The Foxes are a very good attacking side, and Everton need to be solid at the back.

Brendan Rodgers’ side have now earned three wins in a row in all competitions and could move to the top of the table by the end of the week if the other results work out in their favour.