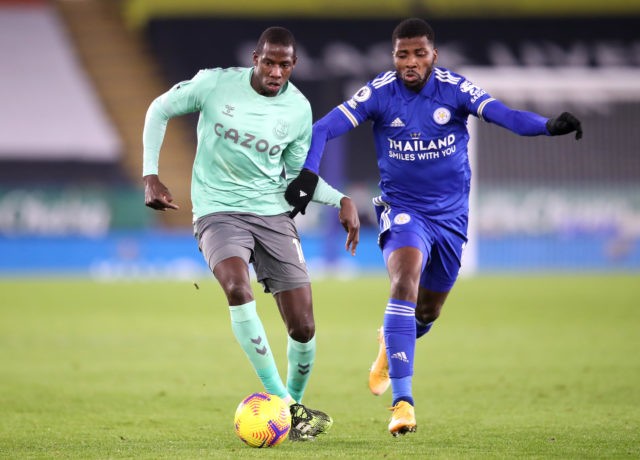 Carlo Ancelotti has claimed that Abdoulaye Doucoure produced his best performance to date in Everton’s 2-0 win against Leicester City on Wednesday at the King Power Stadium.

Everton started the season brightly picking up four wins in a row. They suffered a slump in form post international break in October, but have now picked up back-to-back wins.

The Toffees defeated Chelsea 1-0 at Goodison Park and they followed it up with a brilliant victory against the Foxes. Richarlison and Mason Holgate scored on either half to earn all three points for Ancelotti’s side.

Doucoure was one of the top performers for the Toffees, and Ancelotti has suggested that it was the best he has seen from him since the midfielder joined the club.

“It was his best performance [for Everton]. He was really intelligent defensively, he understood what to do and also with the ball he had some acceleration that were good for our counter-attacks,” said Ancelotti to the club’s official website.

The 27-year-old joined Everton from Watford in the summer for a reported fee of £20m and has settled in nicely at his new club.

The Frenchman has formed a solid midfield partnership with Allan and has been ever-present for the club.

He made two tackles, two interceptions, and attempted one shot during the game. He bossed the midfield area, spreading out 50 passes – more than any other Everton player.

Doucoure will have to play a big role in the coming weeks with Allan picking up a hamstring injury.

Ancelotti has confirmed that the Brazilian midfielder will be out for a while. Everton will be hoping that the likes of Andre Gomes and Tom Davies can step up in his absence.

The Toffees have a tough run of fixtures during the busy festive period starting with Arsenal at the weekend. They will face Manchester United, Manchester City and West Ham, in their next few matches and the results could have a huge impact on their European ambitions.