Manchester United will travel to Wales to face Cardiff City on Sunday at the Cardiff City Stadium, where David Moyes would be looking to earn full three points, making it four consecutive victories in the league. 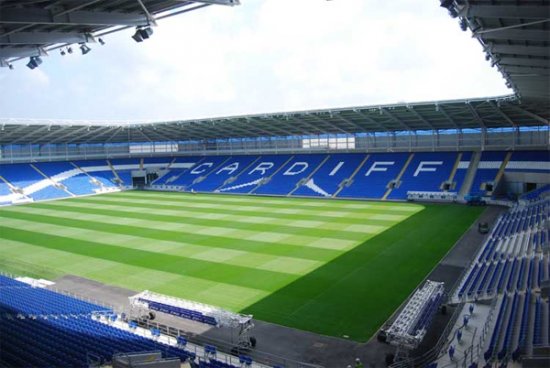 This game has a historical importance for the Manchester United fans. Exactly 60 years ago on this date, legendary figure (probably the great ever player for Man Utd) at the club, Duncan Edwards made his debut for the club against Cardiff.

Cardiff are now 15th in the Premier League with 12 points but they have claimed a couple of great victory already at home this season, defeating champions Manchester City and derby rivals Swansea City City. They are 9/2 with leading betting tips site BettingTips4you.com to win the match against the Red Devils.

Manchester United on the other hand have started the season on a stuttering note but they seem to have found a new momentum under their new manager.

The Red Devils are unbeaten in their last nine matches in all competitions, while in their last game they earned a moral boosting 1-0 victory against Arsenal. They are 4/6 with various bookmakers to win the match on Sunday. Robin van Persie is the top scorer for the Red Devils this season, scoring seven Premier League goals already. The Dutchman is a 10/11 bet to score anytime in the match.

Peter Odemwingie has recovered from a minor muscle injury and will be in contention to play the match. Andreas Cornelius, who has been sidelined since August by an ankle injury, is also passed fit.

Manchester United midfielder Michael Carrick, who signed a new contract extension with the club, is still struggling with a Achilles injury and will be out on the sidelines for several weeks. Defender Phil Jones and striker Danny Welbeck would miss out too.

In a typical Moyes’ 4-2-3-1 formation, we predicted possible Manchester United formation for this game. In the defence, Vidic and Evans could start while Kagawa might get a game as well.

Prediction: 1-3, Manchester United are on song at the moment and with the quality they possess, should be able to pick up three points from this game.