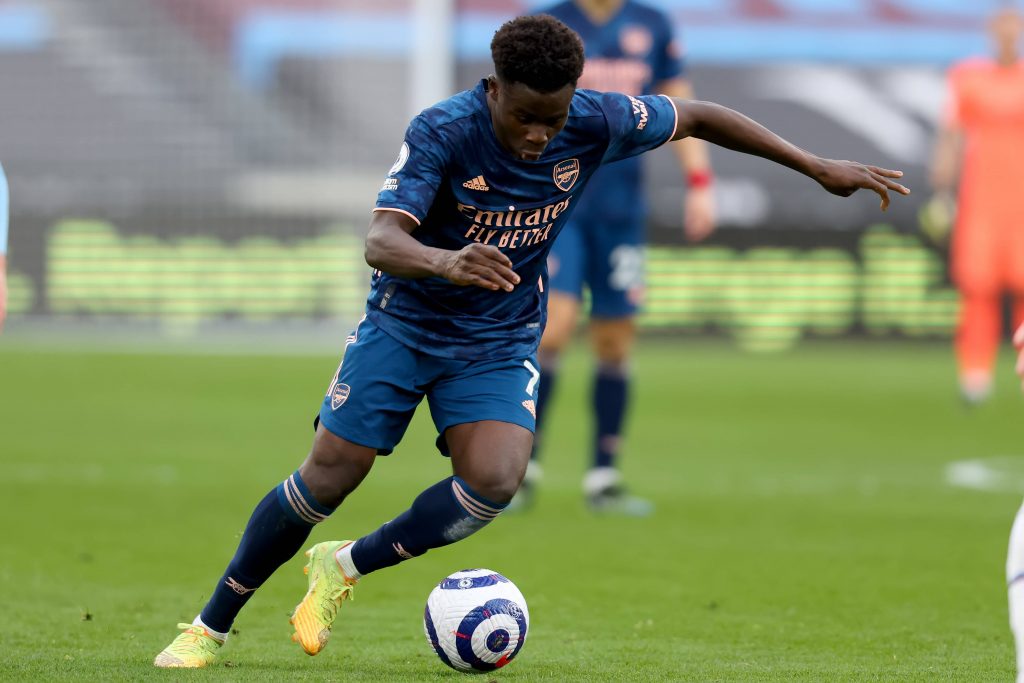 It has been an underwhelming season for Arsenal, who sit ninth in the table, six points adrift of Tottenham Hotspur in sixth and nine points off fourth-placed Chelsea.

The Gunners faithful have had little to cheer about this season, but one of the few things has been the recently released market value of Bukayo Saka.

The 19-year-old cemented his place with the north London outfit just before the first lockdown in March last year.

Since then, the Englishman has not looked back. He has been the lynchpin to the few good moments that Arsenal have shown their fans.

Despite being just a teenager, the youngster is one of Arsenal’s biggest threats. And nothing proves that quite like the recent release of his transfer value.

Emile Smith Rowe: “We’re definitely going in the right direction. With the team we’ve got, I feel like we’re destined for great things. Honestly, I don’t think people realise how good Bukayo Saka is, for example. He’s one of the best players I’ve ever played with.” [Mail] #afc pic.twitter.com/5Lxab0MScq

According to Football Observatory, the Hale End academy graduate is valued between a whopping £100-130 million.

His current contract, which he signed a year ago, runs until the summer of 2024.

The market value will certainly alleviate any fears of Arsenal fans seeing such a prized asset leave for a nominal fee.

Arsenal have previously found themselves in precarious situations in the transfer market.

Tying their best in-house talents to long-term deals is a positive direction to take.

Arsenal fans will now hope that their poor transfer and contract dealings are a thing of the past.

Read on: Deeney says Aubameyang is not his normal self this season.