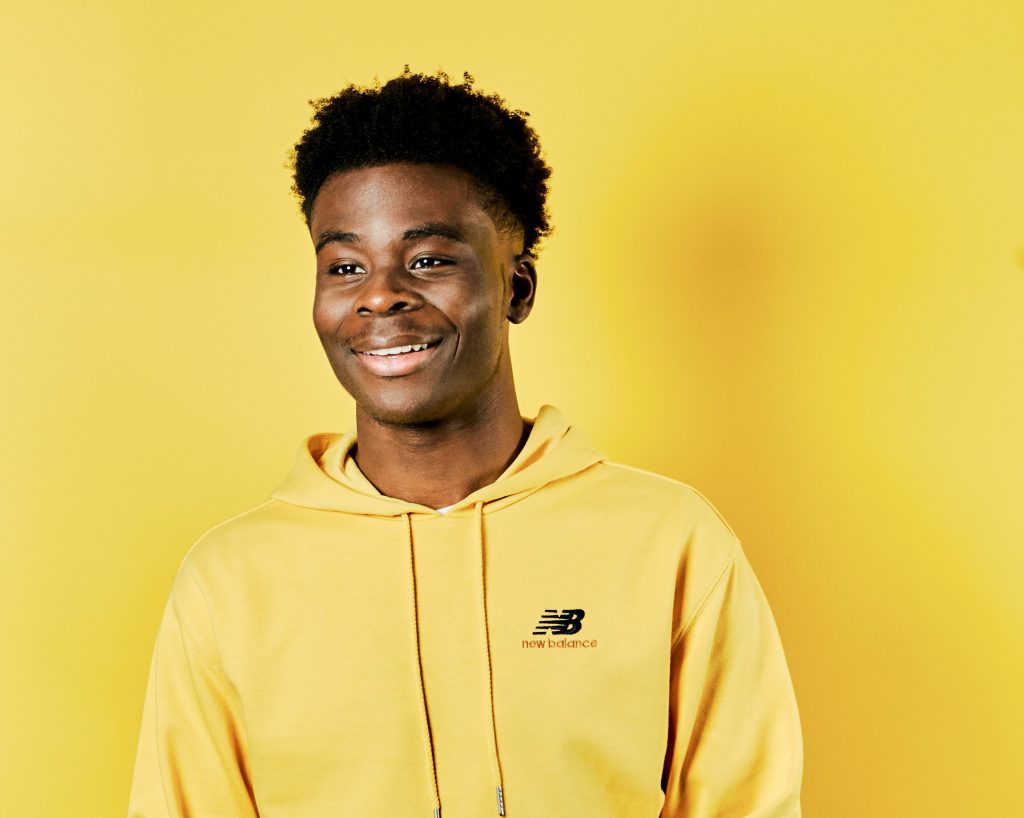 The 19-year-old has been a revelation for the Gunners since making his debut more than two years ago and has managed 74 appearances to date.

His performances on the field have led to plenty of appreciation from the club’s faithful, and he has now signed a multi-year deal with New Balance.

Earlier last year, Saka was wearing Adidas footwear, but the change was visible from September when he was exclusively spotted with New Balance boots (Furon v6).

After several months, there has been official confirmation. New Balance were previously the official kit suppliers for Liverpool before the Reds switched to Nike.

They have since shifted their approach towards player recruitment, although they recently landed a multi-year kit deal with Serie A giants Roma starting from next season.

Saka has now joined Mane in signing up with the brand. The Senegal international was previously the sole player representing New Balance in men’s football at the elite level. 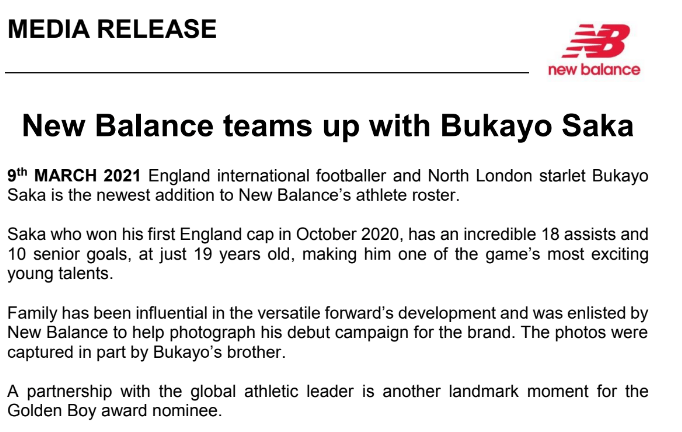 Saka said: “It feels amazing to have a brand like New Balance behind me. Working with the team and having my family involved has been a great experience so far, and it’s only just starting.

“It’s been a special season with Arsenal and England, and I’m excited about what the future can bring for my game and now also with New Balance.”

Saka has bagged six goals and seven assists from 32 outings for the Gunners this term. He is likely to play a key role in the club’s quest to qualify for the Champions League through a top-four league finish or by winning the Europa League.

In other news, Arsenal striker has been offered to Barcelona through his representative.