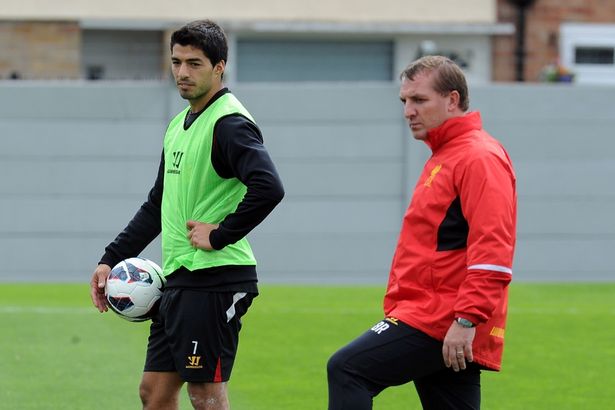 Liverpool have been making the headlines this summer because of the ongoing rumours circling one man – Luis Suarez.

The Uruguayan international stated he wanted out of Liverpool and the Premier League during the end of last season. Most recently, he reiterated his desire to exit the Merseyside outfit – citing how the club had broken their promise to let him go after failing to reach previously agreed upon seasonal targets.

Manager Brendan Rodgers has maintained the club will not sell the 26-year old at any cost – despite being offered £40M from league compatriots Arsenal. However, Luis Suarez is still being force to train alone until he apologises for his recent conduct.

‘Initially there will be a recognition, an apology to his team-mates and the club. It is not the Luis Suarez we know and I have to protect the fans and the players because they deserve more than that.’

What Brendan Rodgers has seemingly been ignorant to during this entire saga, is what effect it’s having on the current playing staff. Liverpool’s determined stance to keep the controversial striker at the club bases solely on his talent, so to suggest ‘no player is bigger than the club’ is just not true in this case. What message does that send to the hapless fringe players?

Why would any Liverpool player be comfortable having a such a toxic atmosphere around the dressing room less than a week away from their opening game?

Why have Liverpool left it so late to resolve Luis Suarez’ future?

Are the current squad happy to play alongside the striker should he be allowed back with the first-team?

Is Brendan Rodgers wrongly delegating time to a player who has no respect for the side, when he should be focused on the committed stars who have not dragged the club’s name through the mud?