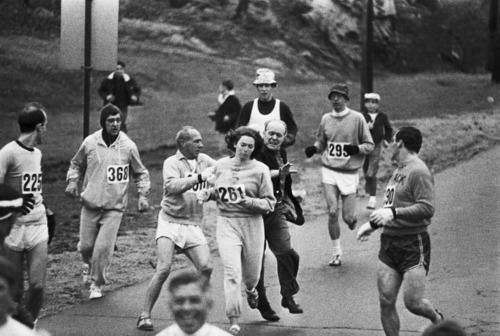 Professional sport contests can be decided by the smallest of margins; that extra bit of motivation, courage or bravery could well be the difference between success and ultimate failure. Regardless of the determination of most athletes to succeed, a small few stand head and shoulders above the crowd with their heroic efforts and extraordinary will to win. Here are a number of athletes from alternating corners of the sporting world that have shown the rest the way.

Paul Wood showed an unbelievable amount of courage in the recent 2012 Stobart Super League Grand Final, by playing the full game despite being kneed in the groin and suffering excruciating pain. The rugby league star had suffered a ruptured testicle, but continued to make tackles and play for his Warrington side to the final whistle. Wood was then rushed to the hospital, with his right testicle removed the following day. 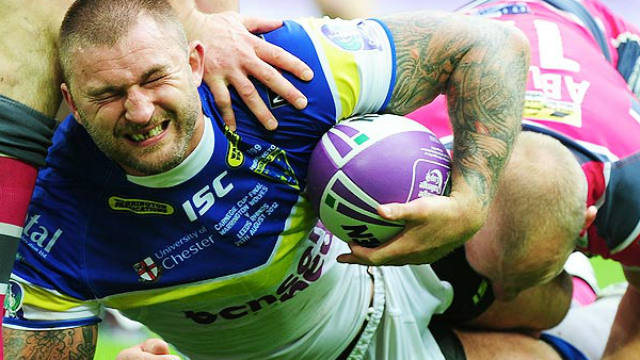 Cliff Young showed that age is no barrier when it comes to endurance, as he won the Sydney to Melbourne ultra-marathon in 1983 at 61 years old. Young was warned not to compete in the 875 kilometres event (544 miles) due to his age and the fact that the rest of the competitors were trained athletes, whilst he was a simple sheep farmer. However, against all the odds, Young dedicated himself to not only finishing the race but winning it also. Young used a slow pace throughout the event, trailing the leaders by some distance, but whilst the other athletes slept at night the elderly farmer continued to run and ended up victorious in a heart-warming tortoise and hare tale. 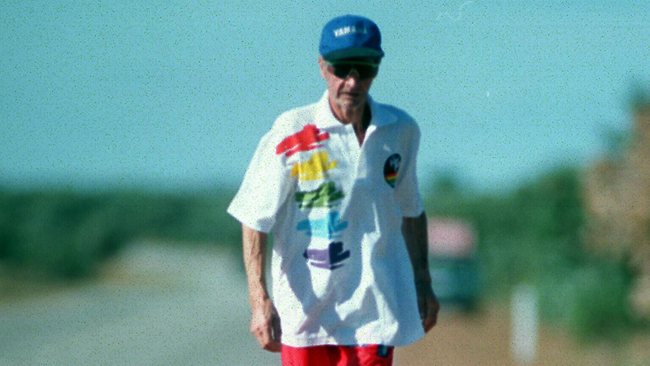 Ivan Klasnic showed that bravery in football is present also. The Croatian forward suffered kidney failure back in 2007, and had to undergo two transplants to save his life. Despite the health concerns, Klasnic has went on to play for Werder Bremen, Nantes, Bolton and now Mainz, whilst also competing in a World Cup, European Championships and winning 41 caps for his country after being on death’s door. 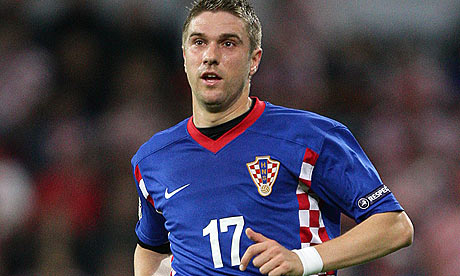 Lance Armstrong must be recognised for his achievements in the cycling world, despite recent scandal over doping claims. The Texas born athlete was diagnosed with testicular cancer in 1996, with poor prognosis initially as his tumour had metastasized to his brain and lungs; he underwent extreme chemotherapy, and he also was subjected to brain and testicular surgery. Despite the risk on his life, Armstrong returned to health and cycling to win seven Tour de France tournaments. It has recently been revealed that Armstrong has been stripped of his achievements by the U.S Anti-Doping Agency due to use of illegal substance abuse. However, given the fact that Armstrong came back from cancer and returned to become on of the most recognisable and successful athletes in modern times, his bravery is nothing short of inspirational. 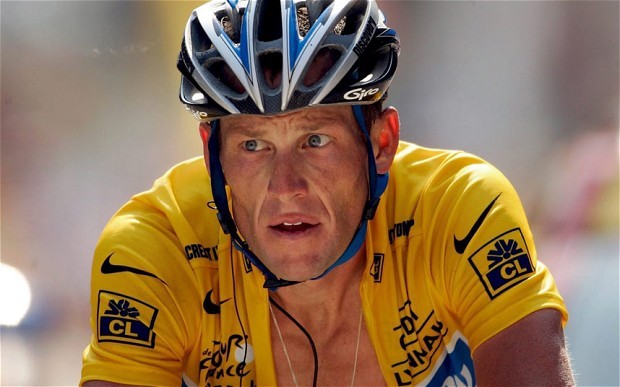 Mario Lemieux is a name synonymous with ice hockey fans, and the former Pittsburgh Penguins and Canada forward is the only person in the sport to win the Stanley Cup as both a player and an owner. Blessed with incredible talent on the ice, Lemieux suffered the crushing blow of being diagnosed with Hodgkin’s Lymphoma in 1993. Lemieux spent time on the sidelines fighting against the disease, with his career and life on the line. However, the attacker made a miraculous recovery and scored a goal and made an assist in his comeback game against Philadelphia; a feat made all the more brave due to the fact that he had undergone his last bout of radiotherapy that very morning. 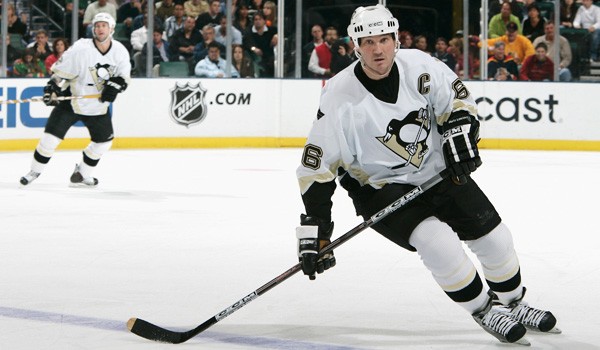 Kathrine Switzer showed bravery by contesting a male-dominated sporting society in the 1960’s and 70’s, and played a huge role in achieving gender equality in long distance running. In 1967, Switzer ran the Boston marathon despite the event being open to only males. Upon seeing a female competing, officials and organisers tried to stop her from running, and tried to rip her competition number back from her. Switzer managed to complete the event, and was the first woman to win the New York City marathon in 1974.

Bethany Hamilton’s love for her sport, surfing, could not be diminished, even when she lost a limb in the water. As a 13-year-old back in 2003, Hamilton was attacked by a huge tiger shark whilst surfing in Hawaii. The teenager was bitten by the 14 foot predator, with her entire left arm being severed and removed. Despite losing 60 per cent of her blood and being very lucky to stay alive, Hamilton has returned to professional surfing, and now at the age of 22 has won a number of tournaments in the United States, and competed in Australia and Brazil. 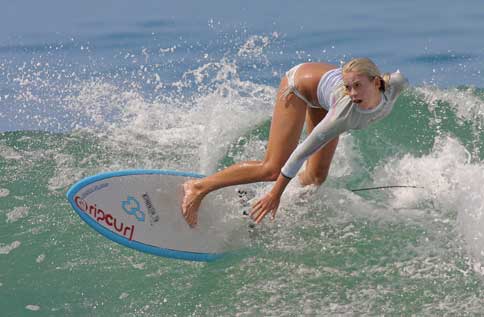 Glenn Cunningham’s story is, well, almost unbelievable. As an eight-year old he was caught up in an explosion in his native Kansas, which killed his older brother Floyd. His legs and feet were badly burned, and doctors recommended amputating his legs. Glenn had lost all the toes on his left foot, and the transverse arch of the foot was ravaged. The flesh on his knees and shins had been eaten away by the flames. His right leg was grossly misshapen and was now a full two inches shorter than the left leg. However, Cunningham was determined he would walk again, against the odds, and as he grew older dedicated his life to athletics. Cunningham competed in the 1932 and 1936 Olympic Games, winning medals and setting world records. At his peak, Cunningham also ran the four-minute mile, a feat that was deemed physically impossible at the time. 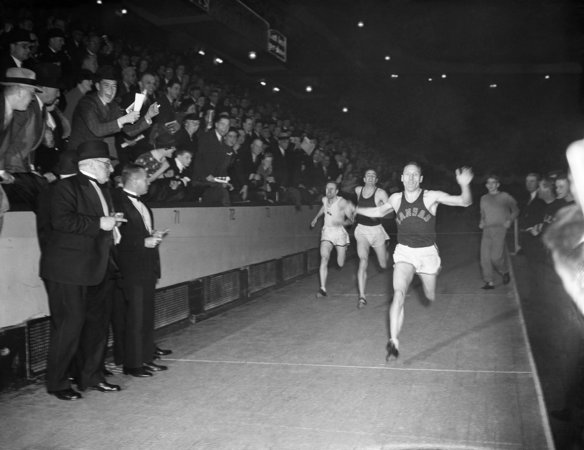 Anthony Robles is another athlete that has fought against adversity and became a champion against the odds. Robles was born with only one leg, and has refused to wear a prosthetic alternative. Despite his disability, Robles chose to become a wrestler at school, and became an all-American on three separate occasions. Having spent some years unbeaten, Robles ended his wrestling career with a win record of 122 victories from 145 fights. 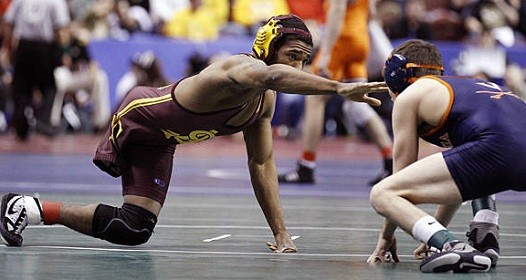 Shun Fujimoto proved that the pain barrier can be overcome in the pursuit of glory and success. The Japanese gymnast was the strongest competitor for his nation in the 1976 Olympics, as the Asian country looked to oust favourites Soviet Union to the gold medal. In the third last event it became clear that Fujimoto had fractured his kneecap, which would rule him out of the remaining two events. Fujimoto had other ideas. Going against medical advice and the concern of his team-mates and coach, Fujimoto completed the last two events. The finale was a triple somersault from eight feet in the air from the rings, which he landed perfectly before falling in agony. Fujimoto received a personal best 9.7 out of 10 for the event and Japan won the team gold by 0.4 of a point. It was later revealed that Fujimoto had originally broken the kneecap, then dislocated it when dismounting the rings, and torn ligaments in his leg. Doctors were baffled at how he could compete without succumbing to pain, and that he rejected assistance onto the podium to receive his gold medal. 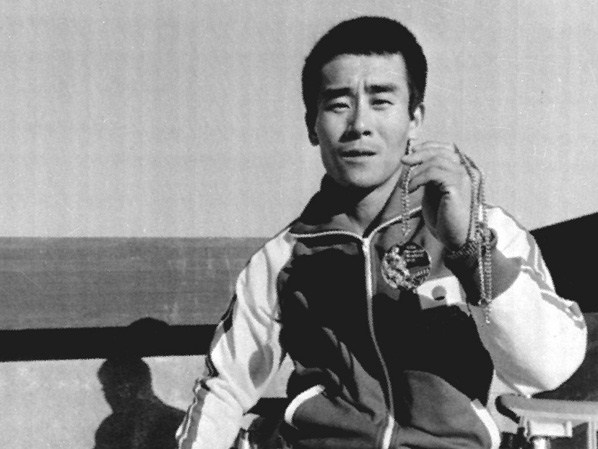