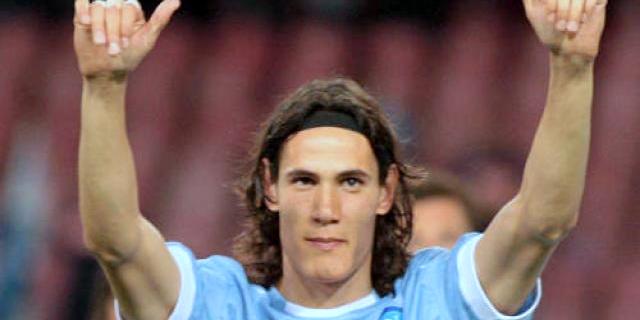 Napoli boss Rafael Benitez has dismissed the report that a deal has been agreed with Chelsea for Edinson Cavani rather wants the striker to stay at the club.

It was reported yesterday that Chelsea had struck a deal with the Italian club for Cavani, fees believed to be in the region of €58 million, which was a slight discount from the player’s buy-out clause.

Further, English media reported that Premier League Champions Manchester United are also interested in his services and are lining up a £50 million bid.

The 26-year-old, who scored 29 league goals for Napoli last season, has a €63million (£54million) release clause in his contract and is linked with several top clubs of Europe including Real Madrid and PSG.

Benitez spoke about his desire to retain the player in his interview with the Spanish radio station Onda Cero as quoted in the CorrieredelloSport:

“We desire to keep Cavani at Napoli. We would be very happy if he stays here and will only leave the club if any buyer pays his release clause or present an irresistible offer.”

Meanwhile, Chelsea have suffered a blow in the pursuit to make Vitesse Arnhem midfielder Marco van Ginkel their second signing of the summer, as both the clubs are some way off from reaching an agreement, reports The Standard.

The Belgian club has already rejected an £8 million offer for the 20-year-old and are demanding a fee in the region of £15 million.

It was reported that the player’s agent, Karel Jansen has held positive talks with Chelsea manager Jose Mourinho, but he denied such rumors. He said:

“Nothing is sure. There is interest but it is not the time for all parties to say something about it.

“A lot of things are being said and written and it’s a bit chaotic. From our side we are just keeping quiet and we will see what happens.”

Roma are targeting Chelsea’s young Brazilian defender Wallace as the Serie A giants are looking to bolster their squad in the summer.

The 19-year-old joined the Blues in the January transfer window last season from Fluminense and was immediately sent back on loan to the Brazilian club.

It is understood that Roma wants to take the highly rated youngster on loan. It would be a good move for the youngster as Chelsea aren’t planning to integrate him into the first team immediately.