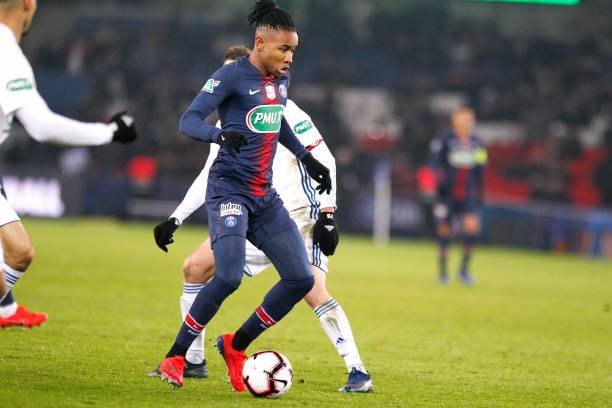 Arsenal secured the loan signing of Spanish midfielder Denis Suarez from Barcelona on January transfer deadline day, and while fans had hoped a loan move for PSG’s Christopher Nkunku will also be sealed, nothing happened until the deadline.

The Gunners were keen on bringing the young French midfielder to north London on loan till the end of the season, with a view of a permanent move in the summer.

Nkunku has featured in 15 matches for PSG across all competitions in 2018-19, contributing a goal and an assist, but he’s not a regular at the French side, and Arsenal manager Unai Emery was hoping to use his connections at his former club to secure his signature.

BBC Sports News Correspondent David Ornstein has offered an insight into the possibility of why the deal fell through, and why Arsenal’s outgoing head of recruitment Sven Mislintat might have inadvertently played a role in it.

“The latest understanding is that Thomas Tuchel has vetoed it. He doesn’t want it to happen, he wants Nkunku to be available to him to play, he’s got a lot on the line,” Ornstein said on BBC 5 Live Sport.

“There is also some politics at play of course. There was a tempestuous end to the relationship between Tuchel and (outgoing head of recruitment Sven) Mislintat.

“He (Nkunku) will need to agree a new contract at PSG to protect his value in the summer, Arsenal will then need to agree with PSG what the option will be to buy him in the summer, and with the time ticking, all of that has to be done. Now, it’s not impossible, but it’s rated unlikely.”

Mislintat was the chief scout at Borussia Dortmund between 2006 and 2017, and he fell out with Tuchel, who managed the club between 2015 and 2017 in January 2016 over a potential deal to bring Atletico Madrid playmaker Oliver Torres to the club.

The Arsenal head of recruitment will leave the club in February after just 14 months, and despite helping to get all the club’s nine signings since his arrival over the line and also playing a key role in the appointment of Emery last summer, he’s on his way out after his influenced reduced following the departure of former chief executive Ivan Gazidis.

A move for Nkunku could be made again come summer, and things will probably be a lot smoother by then with Mislintat out.