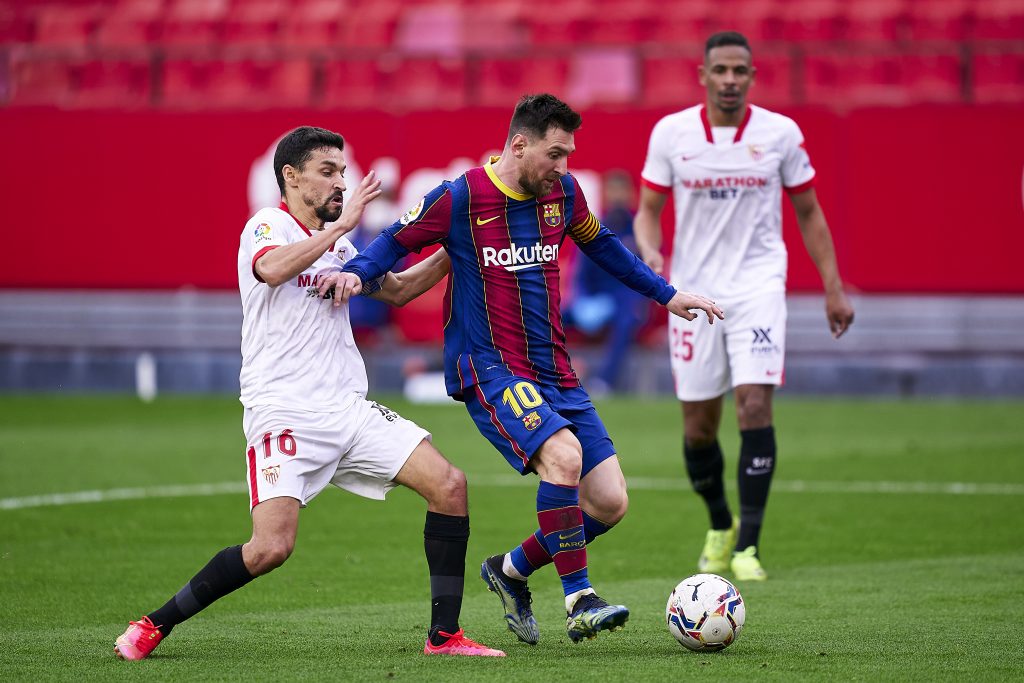 Barcelona will be looking to turn the tables on Sevilla when the two sides meet at Camp Nou in the return leg of their Copa del Rey semi-final tie.

Goals by Jules Kounde and Ivan Rakitic led Sevilla to a comfortable 2-0 win in the first leg, putting the visitors in the driving seat ahead of the rematch.

Although a two-goal cushion favours Sevilla, this tie could go down to the wire, as Barcelona have not lost any of their last 12 competitive matches against this opposition at home (W11, D1).

The Copa del Rey is probably the only realistic chance each team have to wrap up silverware this season.

Barcelona’s chances of lifting the La Liga crown look pretty slim at the moment, as they trail La Liga leaders Atletico Madrid by five points in the league table despite playing one game more.

A 4-1 thumping by Paris Saint-Germain at Camp Nou also leaves the Catalans with a mountain to climb in the second leg of their Champions League last-16 tie.

Meanwhile, the Andalusian side lag ten points behind Atletico and seem to have already given up on the title.

Julian Lopetegui’s men also face a daunting prospect of overturning a 3-2 first-leg deficit against Borussia Dortmund in the Champions League.

Coming into the second match of their double-header against Sevilla, Ronald Koeman’s men clinched a 2-0 triumph at the Ramon Sanchez Pizjuan in La Liga.

The hosts have blown hot and cold at Camp Nou lately, accruing a win, a draw and a loss in their last three competitive matches held at this venue.

Overall this season, Barca have only lost one of their 13 home fixtures on home soil in domestic competitions (W8, D4), courtesy of a 3-1 defeat to bitter rivals Real Madrid.

Quick out of the blocks, the Catalan giants have scored the opening goal in 64.71% of their competitive home matches this season.

Barcelona have also proved hard to get knocked down off their perch, surrendering the points in only one of their eight competitive home games in which they were ahead at half-time (W7, D1).

The clean sheet theme remains significant in the context of the visitors’ results recorded in 2021.

Nine of their 11 competitive wins this calendar have been accompanied by a blank sheet, while two of their three defeats saw Sevilla fail to find the net.

Ahead of kick-off, Los Rojiblancos have kept a clean sheet in three consecutive away fixtures in various competitions while scoring 2+ goals twice in the process.

Low-scoring first halves have been a common theme for Lopetegui’s side this term, as ten (83.33%) of their 12 La Liga away outings have featured under 1.5 goals before half-time.