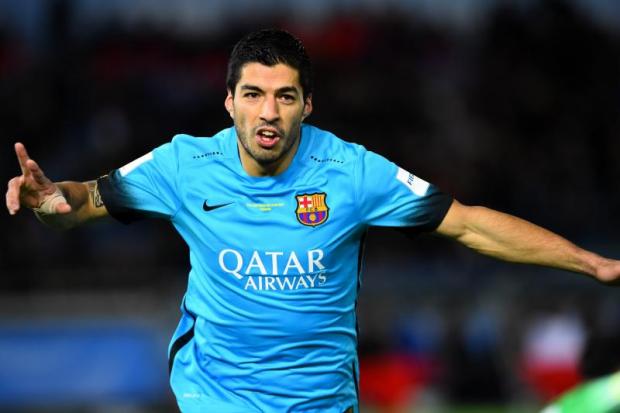 Reigning European champions Barcelona will take on South American club River Plate in the The Club World Cup Final on Sunday in Yokohama, looking to win the competition for the third time in last seven years.

Barcelona midfielder Javier Mascherano, who was a key member of the Barca side that won the Club World Cup competition in 2011, says he is keen to win the trophy again and create a history with the Blaugrana.

“I’m totally committed to Barca. I want to win. I have an historic chance to be Club World Cup champion again,” he told La Nacion.

Let us first take a look at the key details ahead of the climax and although Barcelona will start as favourites to win this prestigious competition, but anything can happen within the 90 minutes.

Barcelona secured their place in the final after beating Guangzhou Evergrande 3-0 on Thursday, where Luis Suarez scored a superb hat-trick. The Uruguayan has been in tremendous form this season, and has scored 19 goals in his last 17 games in all competitions.

River Plate had to work hard in their semi-final match against Hiroshima Sanfrecce, but managed to grind out a 1-0 victory to book place in the final.

Barcelona will start as favourites to win their fifth trophy of 2015 – having won La Liga, the Champions League, Copa del Rey and European Super Cup already this year. And Luis Enrique will feel confident ahead of the final, as he hopes to have both Lionel Messi and Neymar back for the big game.

The Brazilian forward is recovering from a groin injury while the Argentina captain missed out the semi-final due to renal colic.

River Plate have plenty of flair players and are capable of producing an upset. Marcelo Gallardo’s side are the fourth side from Argentina to reach the Club World Cup final, but they could become the first team ever from Argentina to lift the trophy, should be beat the La Liga champions on Sunday.