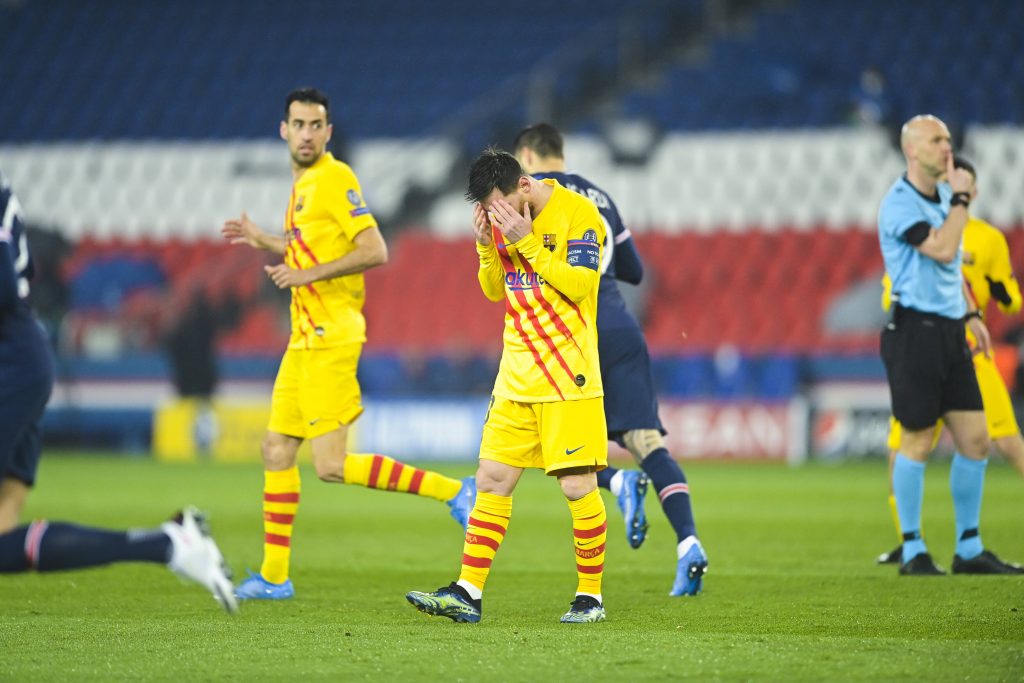 Ahead of the kick-off, Barca trail Diego Simeone’s side by six points but with a game in hand.

Meanwhile, the newly-promoted visitors sit four points adrift of safety and are massive underdogs in this fixture.

After a premature Champions League exit, the hosts can ill-afford to lose more ground on Atletico if they are to avoid another disappointing season.

The Catalans have gone undefeated in 16 La Liga fixtures on the bounce (W13, D3) since suffering a 2-1 away defeat at Cadiz on Matchday 12 – the longest current unbeaten run in Europe’s top-five divisions.

Ronald Koeman’s men have won ten of their previous 11 league matches (D1) by an aggregate score of 28-7, with each of their last four top-flight triumphs coming by a full-time margin of 2+ goals.

Coming off the back of a 1-1 away draw with PSG in the Champions League, Barcelona will be looking to maintain their unbeaten streak against Huesca in all competitions (GP:5 – W4, D1).

Barca inflicted the heaviest La Liga defeat on the north-eastern minnows, claiming an 8-2 win in the latter’s debut top-flight campaign in 2018/19.

At Camp Nou, the hosts have only experienced one reverse in their last 13 La Liga matches against newly-promoted teams (W10, D2).

Notably, Barcelona’s last league loss on Monday dates back to 1998, with the Catalan side winning each of their subsequent five such contests.

A lack of firepower up front has seen Huesca score under 1.5 goals in five of their last six away league games, managing an average of 1.00 goals netted per La Liga trip this term.

But, if they get on the scoresheet, Pacheta’s men are likely to do it after half-time, as 69.23% of their total league goals scored on the road this campaign arrived in the second half of play (9/13).

Away from home, the Azulgranas have picked up one victory in their last 20 top-flight fixtures (D10, L9) and have failed to keep a clean sheet in ten consecutive top-flight trips.

There should be no way back into this contest for Huesca if they fall behind, as they have ended on the losing side in 85.71% of the away La Liga matches in which they conceded first so far (GP:7 – D1, L6).