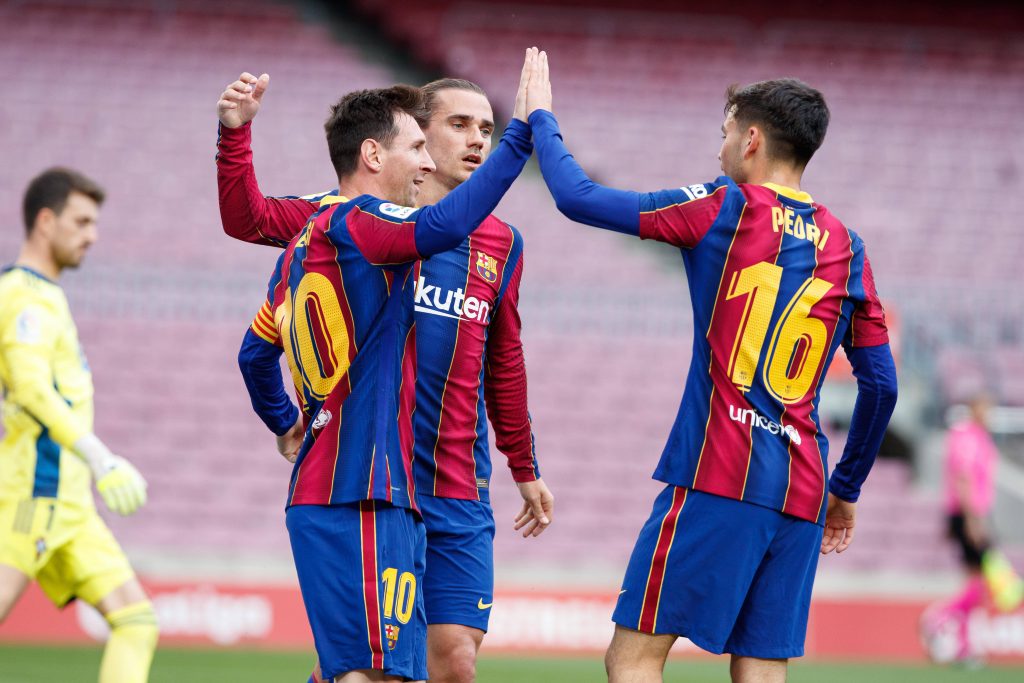 Barcelona have ended the season with disappointment, after a succession of poor results saw their title hopes ended, following more humiliation in the Champions League.

It wasn’t all bad, however. They managed to lift the Copa del Rey trophy, ending their mini drought that spanned back to 2019.

Now, they go into a big transfer window, knowing that the €1 billion of debt is set to hamper them. It could be an interesting summer at Camp Nou.

Who will stay and who will go? That remains to be seen, but here’s our view on it.

Marc-Andre ter Stegen – KEEP – The German has had his ups and downs over the last year but remains one of the finest goalkeepers in the world. His penalty save against Sevilla in the Copa del Rey remains a crucial part of their campaign.

Neto – KEEP – When Ter Stegen was out injured at the beginning of the season, Neto was thrown in and proved to be a fine back-up option. However, he may prefer a move elsewhere to get regular game time.

Sergino Dest – KEEP – The young American has had a solid debut season at the Camp Nou, and should keep improving. Certainly worth keeping around to see how he develops.

Sergi Roberto – SELL – Roberto’s future has been the subject of some speculation, with his contract expiring in 2022. He offers versatility and cover, but isn’t good enough to maintain a starting spot. Worth cashing in before he goes for free, especially with Emerson possibly returning from loan next season.

Oscar Mingueza – KEEP – Mingueza earned a surprise promotion to the first team after an injury crisis and held his own fairly well. Can play as a centre-back and a right-back, which is useful in their current situation.

Gerard Pique – KEEP – Pique is injury prone and quite clearly past his best. However, he still has something to offer, and his experience could prove valuable.

Clement Lenglet – SELL – Once a regular starter, the Frenchman has had a difficult season. Another poor campaign could see his market value plummet.

Samuel Umtiti – SELL – The World Cup winner simply isn’t performing to the standards of before. He’s dead wood at Barcelona, and needs to be gotten off the wage bill.

Ronald Araujo – KEEP – Araujo has emerged over the past couple of seasons as a dependable centre-back, and could be the future of the club.

Jordi Alba – KEEP – Despite his age, Alba is still one of the world’s best left-backs. His connection with Lionel Messi has been vital to Barcelona’s play for a number of seasons now.

Junior Firpo – SELL – The Spaniard was expected to be Alba’s long-term successor, but this is looking unlikely. He is probably getting sick of the lack of game time and should move on.

Sergio Busquets – KEEP – Like Pique, he’s not the player he used to be, but still offers enough to justify his place at the club. However, perhaps a smaller role is needed.

Frenkie de Jong – KEEP – After a mixed debut season, the Dutchman has come on in leaps and bounds this term, adding goals to his game. He produced when it mattered most, scoring one and assisting two in the Copa del Rey final.

Miralem Pjanic – SELL – Pjanic was brought in from Juventus for an estimated €60m last summer. This could go down as one of the worst pieces of transfer business in history. If he isn’t sold this window, he’ll probably go for free in a year or two.

Philippe Coutinho – SELL – Speaking of terrible signings, here’s Philippe Coutinho. The nine figures spent on the Brazilian are long gone now, and it’s reached a stage where La Blaugrana would accept almost any fee they can get for him.

Pedri – KEEP – One of the shining lights in a mixed campaign, Pedri is expected to be a superstar at the Camp Nou. The teenager has enjoyed a solid debut season.

Riqui Puig – KEEP – Ronald Koeman may not agree, but Puig is a very talented young player, as he proved under Quique Setien. Should Koeman leave, Puig may get another chance to make an impression.

Ilaix Moriba – KEEP – The 18-year-old has shown some promise in 2021, and could become a fine player.

Lionel Messi – KEEP – His future seems to have been resolved now, and he is expected to sign a new contract. Still arguably the best player in the world.

Antoine Griezmann – KEEP – His move from Atletico Madrid hasn’t gone as planned, and it must have been especially difficult for him seeing his former teammates lift the title. However, he has made a lot of improvement in 2021, and could still be one of the stars at the club.

Ousmane Dembele – SELL – Dembele was signed in 2017 to replace Neymar. Four years on, and he still hasn’t made much progress, if any. He’s still lightning quick, an excellent dribbler, good on both feet, and can pull out the odd moment of magic. However, he’s 24 now – we’re long past the potential stage. He needs to start producing consistently

Martin Braithwaite – KEEP – As of now, Braithwaite is Barcelona’s only natural striker. While Sergio Aguero is expected to arrive, they will need a back-up option. The Dane may not be the superstar that the fans will want coming off the bench, but he’s better than nothing.

Ansu Fati – KEEP – Started the season brilliantly before it was harshly cut short by injury. If he can recapture that form, he will be like a new signing.

Francisco Trincao – With Memphis Depay expected to sign this summer, there isn’t much room for wingers at the Camp Nou. Trincao has shown the odd flash of talent, but probably won’t develop into the world-class winger demanded of him.