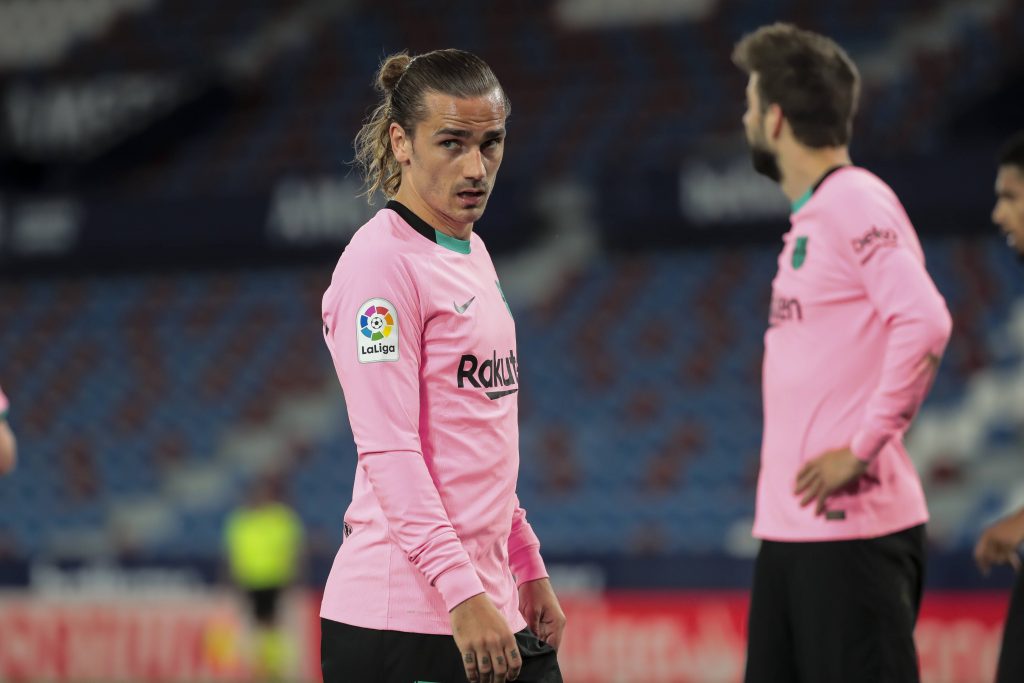 The Frenchman has been tipped to leave the Blaugrana as they look to reduce their surplus wage bill to meet the La Liga salary cap.

They recently offered him in a swap deal for Atletico’s Saul Niguez, but the talks broke down after a disagreement over various reasons.

The Blaugrana valued Griezmann higher than Saul. They wanted some cash included in the move that would see the Frenchman return to Atletico.

While Griezmann was prepared to take a pay cut, Saul wanted a hike on his current wages that did not seem feasible for the Catalan giants.

It is now reported that the Blaugrana have not held talks with any foreign clubs for Griezmann as the forward is only focused on Atletico.

Atletico believe they could get another chance to sign the Frenchman towards the end of the transfer window. A loan deal could be on the cards.

Meanwhile, it is also reported that the Blaugrana have a contingency plan if they are unable to get Griezmann off their wage bill.

In such a case, they would need their high earners to take pay-cuts while they may also have to offload three to four first-team players.

Griezmann had an average debut season for the Blaugrana, but he upped his performances last term with 20 goals and 13 assists from 51 games.

Despite this, the Blaugrana are considering his future with an excess wage bill of around €150 million that needs to be slashed in the coming weeks.

Without this, they can’t register any of their new signings and is also a barrier towards them handing a new long-term deal to Lionel Messi.

Messi has agreed a new five-year deal with a 50 per cent pay cut, but he is now treated as a new recruit as his previous contract expired on June 30.

Griezmann is valued at €60m by Transfermarkt, but the Blaugrana may want much more for the attacker, who remains in the prime of his career.

Atletico seem to be eyeing a loan deal. A move could go through if they accept an obligation to buy at the end of the 2021/22 campaign.

The Blaugrana have already signed Sergio Aguero and Memphis Depay on free transfers. They won’t need to cover up for Griezmann’s late exit.