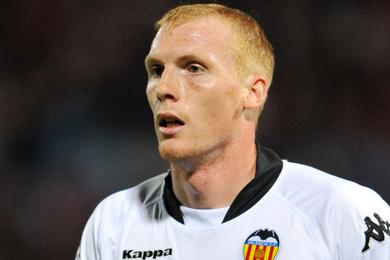 The 30 year-old defender Jeremy Mathieu has signed for Barcelona on a four-year contract after his £15.8 million release clause was activated.

A statement from the club has said: “The cost of the transfer is 20 million Euros and the buyout clause will be 50 million Euros.”

The Frenchman spent over 5 years at his previous team, Valencia, making 126 La Liga appearances. In the past, he was known for playing in the left-back position but last season, all but one of his appearances were as a centre back.

Former Barcelona captain Carles Puyol announced his retirement before the end of last season after 15 years at the Catalan giants. Now the only out-and-out centre backs left at the club are Marc Bartra and Gerard Pique. It is likely that Barcelona have bought Mathieu for that position.

Last week, Mathieu made it clear he wanted to go to Barcelona by saying in a statement: “I have the opportunity to play in the biggest club in the world and that’s all I want. I’ll never forget what Valencia has done for me, but it’s time to move on in the best way possible.”

He is now the club’s fifth signing already this summer after the purchase of striker Luis Suarez, midfielder Ivan Rakitic and goalkeepers Marc-Andre ter Stegen and Claudio Bravo.