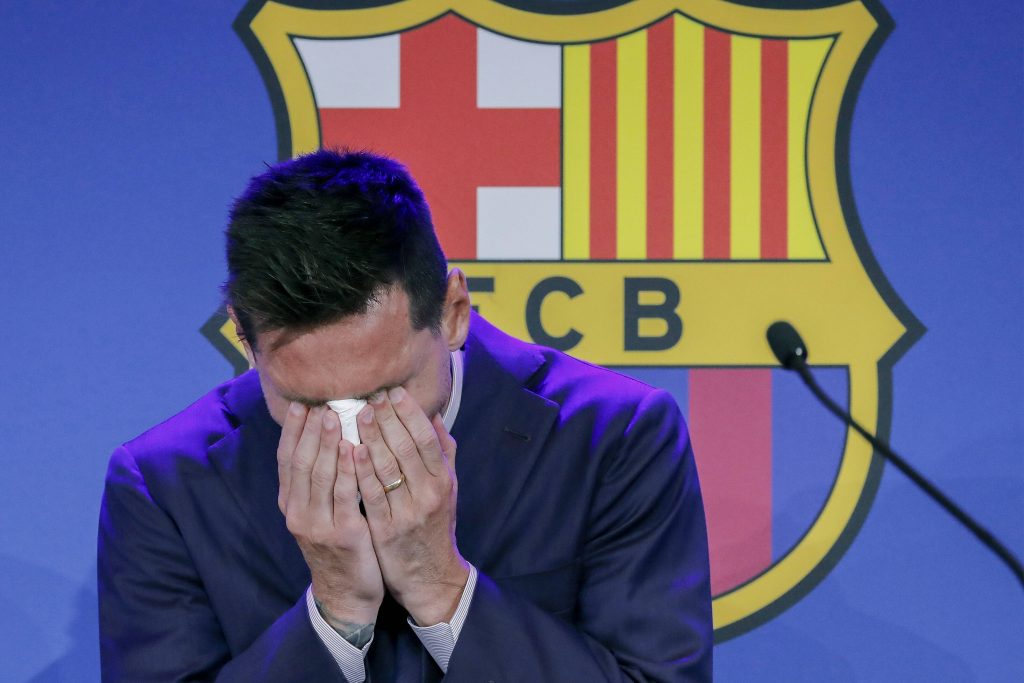 ‘After so many answers – some of them very straight and stark – there’s still one arresting question. Has any player ever wanted to leave a club less?’

The Independent’s Miguel Delaney there, proving that it is possible to rewrite history if you want it hard enough.

Let’s start this off by saying that Lionel Messi is a Barcelona legend. Maybe even the best footballer ever, although that point can be argued.

However, Messi’s simpering press conference on Sunday left a sour taste for anyone who isn’t hoodwinked by the Argentinian’s supposed God-like status.

Cast your mind back to a year ago. Messi wanted out. His love affair with Barcelona was over, and he wasn’t shy of letting the world know how much he wanted to leave.

On that basis, his overly emotional response to his exit from Barcelona can undoubtedly be categorised as crocodile tears.

“I didn’t want to leave,” Messi said. “I did everything I could to stay.”

Well, no, he didn’t. He offered to take a 50 percent pay cut to help the club comply with the new salary rules implemented by La Liga.

Years of mismanagement by Barca meant that his gesture was futile, but let us not forget how we got to this position.

Messi’s wage demands during his career took his salary to stratospheric proportions – he, more than anyone, has milked the cash cow and the pigeons have come home to roost.

Delaney again there, totally missing the point. Messi has not been ‘forced out’ or ‘evicted’. He has contributed to his own downfall.

This is not a man who is oblivious to how finances work. He has screwed Barcelona for all he can and is partly responsible for their current predicament.

Despite his pathetic tears, Messi will soon be trousering huge amounts of oil money at Paris Saint-Germain.