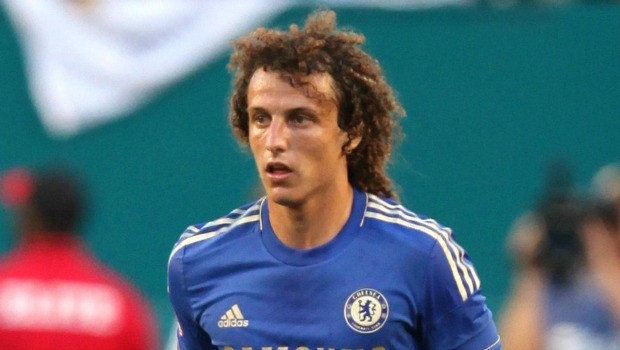 La Liga champions Barcelona are reported to have made a bid for Chelsea defender David Luiz. The fee is said to be around the £25M mark.

David Luiz, 26, has enjoyed a successful season of personal note with the London side. He made 30 Premier League appearances for Chelsea – leading the side to a third-place finish.

Jose Mourinho, manager of the Europa League winners, has said he has no plans to sell the Brazilian international for any price. Even Luiz reaffirmed his desire to stay with the Blues this summer, and wants to lead the side to a Premier League title for the 2013/14 campaign.

Barcelona manager Gerardo Martino has been in the market for a central defender this summer as the Catalan giants are very short for cover in that area. Midfielders Javier Mascherano, Alex Song, and Sergio Busquets have all filled the role last season, but the Spanish side are now looking at David Luiz as a potential long-term partner with current centre-back Gerard Pique.

Chelsea are unlikely to let Luiz go this summer as the Brazilian looks set to play an important role in Jose Mourinho’s plans. Along with Juan Mata, and Eden Hazard, Luiz was the side’s standout performer for 2012/13. He enjoyed success playing in midfield under previous manager Rafael Benitez, and could well take on a similar role next season.

The 26-year old is seemingly a perfect fit for Barcelona due to his long range of passing from the back which would utilise fast attacks, and his strong combative style and hard working mentality makes him a fancied player. Luiz is also a great footballer with the ball at his feet, and should be adept as playing Barcelona’s patented tiki-taka style.

No word has come from the Chelsea camp if they will consider the offer put to them, but it’s expected they will reject the Catalan giants’ initial bid.