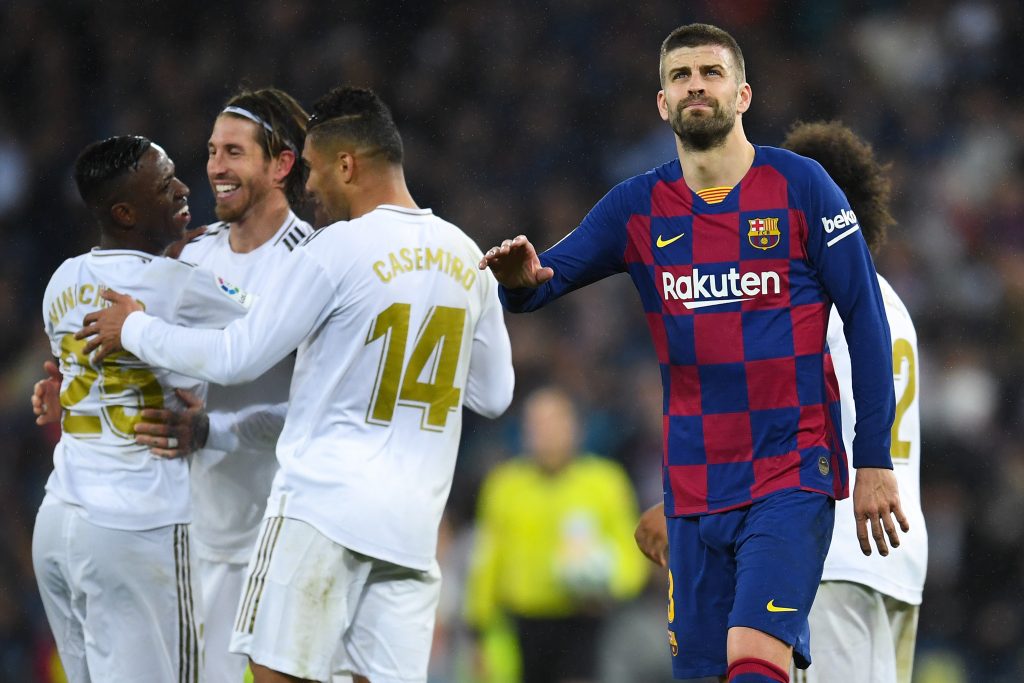 Barcelona recently kept their La Liga title prospects alive with a 1-0 win over Real Valladolid on the road, but their performance was far from convincing over the course of the game. The Blaugrana managed to open the scoring in the 15th minute through Arturo Vidal after Lionel Messi provided his 20th assist of the league campaign. However, they could not take their chances thereafter with the likes of Antoine Griezmann and Riqui Puig squandering clear-cut opportunities to extend the advantage. In the second half, it was difficult watch as they allowed Valladolid back into the contest, but thankfully, Marc-Andre Ter Stegen was solid in goal and came to the club’s rescue on more than one occasion. The result has put the Catalan giants within one point of league leaders Real Madrid at the top of the standings, but they still require a huge turnaround to secure the league title. Los Blancos are scheduled to face Granada in their game in hand on Monday night and the Blaugrana will be hoping that the Andalusian outfit can do them a favour to potentially keep their title hopes alive until the final matchday. Quique Setien’s side restarted the season after the coronavirus shutdown last month with a two-point lead over Los Blancos at the top, and it was quite clear that they would be guaranteed the title with a 100 percent win record in the remaining 11 games. However, that was always expected to be challenging and disappointing draws against Atletico Madrid, Celta Vigo and Sevilla have put them in a position where they are no longer in control of their title destiny. In the same period, Zinedine Zidane’s side have bagged the perfect tally of 24 points from eight matches and they have definitely had the rub of the green with late penalty goals against Getafe and Athletic Bilbao, leading to 1-0 wins when they were not playing at their best. Los Blancos currently hold the advantage over their arch-rivals on the head-to-head this term after beating them 2-0 at the Bernabeu while settling for a goalless draw at the Camp Nou. Hence, they only need a maximum of five points from the remaining three games to lift the title and a victory against Granada on the road would put them on the brink of being crowned as the new league champions. It is presently Real Madrid’s title to lose, but Barcelona will be hoping for a miracle. The holders need Granada, Villarreal and Leganes to restrict Los Blancos from picking up more than four points in the games left. Stats from Transfermarkt.com
Join our Telegram channel to stay up to date on breaking news coverage