For Chelsea, the last four of the Champions League has become very familiar territory. In the Roman Abramovich era, the Blues have now reached the Champions League semifinals six times in nine seasons. But as impressive as that achievement is, it’s a somewhat hollow one, as Chelsea have only one final to show for it, the 2008 final which they agonizingly lost on penalties to Premier League rivals Manchester United. And for those who’ve had a major hand in leading them to the brink of success, this may represent the best remaining chance to finally reach the mountaintop.

If they manage to reach next month’s final in Munich, they’ll have done so against the odds, as they’re tasked with taking down mighty Barcelona, but it could be that the last run could be the best one. And if they do pull the stunner? It won’t fully make up for several years of European disappointments, but it might erase some of the sour taste left from their last foray into the final four.

There are no doubt more than a few Chelsea supporters who don’t like to think about how things transpired when these two sides met in the semis in 2009, and that’s quite understandable. For the neutrals who need reminding, the Blues held Barca to a goalless draw at the Camp Nou, and they were on track for a second straight final showdown against United after taking an early lead at Stamford Bridge through a long-distance cracker by Michael Essien. However, it was not to be, as Andres Iniesta made Essien pay for a poor clearance deep into stoppage time to send 10-man Barca through on away goals. As memorable as Iniesta’s late equalizer should be, due to the quality and timing of the strike, it’s overshadowed to this day by several controversial decisions and non-decisions by referee Tom Henning Ovrebo and Didier Drogba’s post-match remonstrations with, well, anyone who was within earshot.

Hopefully such controversies and embarrassments won’t occur this time around, though Chelsea could perhaps benefit from a little good fortune of some sort, given the tall task that lies ahead.

On a positive note, they do come into the semis in good form from a results standpoint, the best form they’ve been in since the start of the season. Since Andre Villas-Boas was sacked and assistant manager/former Chelsea star Roberto di Matteo was installed as caretaker manager, Chelsea have only one defeat in a dozen matches in all competitions, a 2-1 league defeat at Manchester City that was less than 15 minutes away from being a win. There are several potential reasons for the upswing in form, which has seen them also reach the FA Cup final and rejuvenate their hopes for a fourth-place finish in the Premier League, but they’ve begun to get the right results at the right time.

While their form is solid, Barcelona’s is fantastic. Saturday’s 2-1 comeback win at Levante was Barca’s fifth in a row in all competitions, and they now have 14 wins and one draw, a goalless draw in the first leg of their quarterfinal against AC Milan, in their last 15 matches in all competitions. Barca can be subdued, as the first hour-plus against Levante showed, but as the last half-hour showed, holding them at bay for 90 minutes is rarely ever possible. And if you hold them for 90 minutes, as Milan did, good luck doing it for 180 minutes.

That’s in large part to the presence of one Lionel Messi. With his match-winning double against Levante, Messi now has 26 goals in his last 14 matches – 29 in 15 if you count his hat trick for Argentina against Switzerland in February – and 63 goals on the season, with an excellent chance to reach the 70-goal mark. Of course, Barcelona have several more threats, but if you fail to stop Messi, it doesn’t bode well for your chances for a positive result.

Chelsea can’t match Barcelona in quality, but they aren’t short on experience, confidence, and inspiration. Petr Cech, Drogba, John Terry, Frank Lampard, and Ashley Cole likely won’t be together for much longer, and given how many European near-misses there’ve been in a run that’s seen plenty of success otherwise, you can be sure that they’ll put everything on the line to try to win.

Will that be enough? Unfortunately, a lot has changed over the last few years, not least the fact that Barcelona have only gotten stronger and Chelsea have, at best, stagnated. But maybe, just maybe, the Blues have it in them to turn back the clock to much brighter days and keep the flag flying for English football into a May date in Munich. 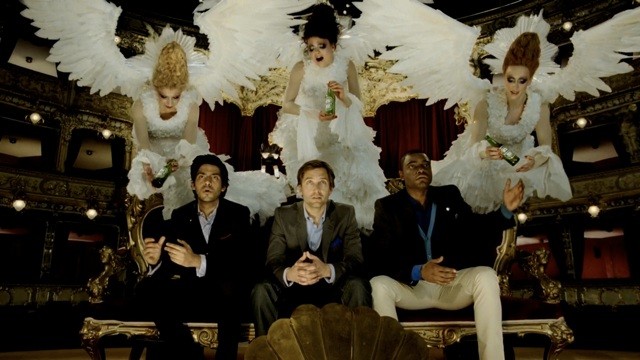