Barcelona and Real Madrid to team up to make La Liga the new Premier League? 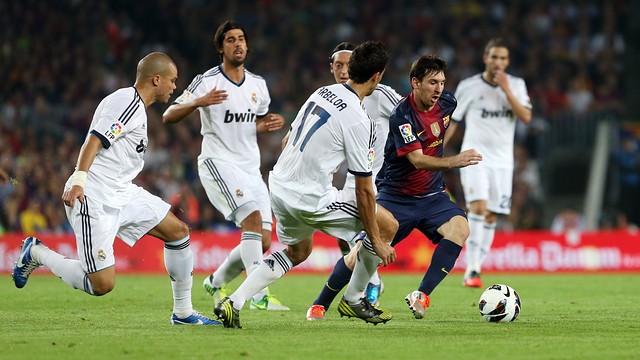 Spanish giants Barcelona and Real Madrid could soon team up to ensure La Liga sell TV rights collectively for the 2015/16 season, mirroring the deal that has helped the English Premier League become arguably the most competitive in Europe.

Both Real and Barca have previously sold individual TV rights, with both receiving around £120m per season, with the money enabling them to extend their duopoly at the top of La Liga.

Atletico Madrid, last years league winners, earned half as much through TV revenue than their two rivals, but as revealed today by the Times, La Liga clubs are looking into ways to help propel the Spanish top flight towards the competitive heights of the Premier League, making it more appealing for future commercial partnerships, enabling it to generate more revenue, starting with the collective sale of TV rights.

“Barcelona and Madrid sell individually and we negotiate with a lot of success,” said Barcelona president Josep Maria Bartomeu,

“That helps us to have as many of the best players in the world as possible. But we know the problem: the Premier League is very competitive.

“You never know who will win. In Spain, between 2004 and 2014 it has been just Barcelona and Madrid, mainly Barcelona.” 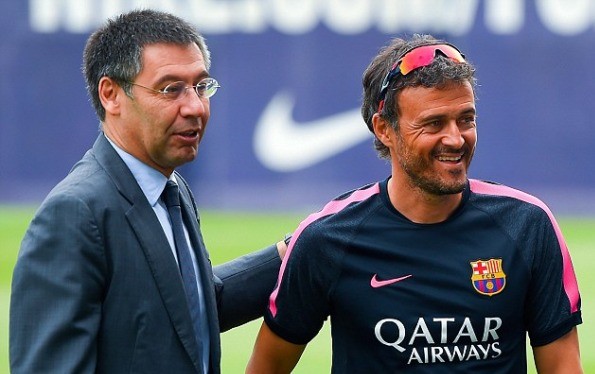 Bartomeu insists that both Spanish giants would continue to make the same from the proposed deal, and is hoping to push through the incentive, despite not every club showing optimism,

“We are leading the attempt to find a consensus. It has been our objective for a long time to convince all the clubs in La Liga to sell the rights as a competition.”

“Not all of them have been helpful. We will make the same, but the (revenue) increase will go to the other clubs.”