The Laureus Award is considered the OSCAR of Sports. The nominations for this prestigious sports awards has been released. Barcelona and Lionel Messi have made it into the final five in their respective categories.

On the other hand, Barcelona has been nominated for Team of the Year alongside Los Angeles Lakers, New York Yankees, Germany Women’s football team, Brawn GP Formula One and the South Africa rugby team.

Moreover, current Bundesliga champions, Wolfsburg, has been nominated for World Breakthrough of the Year. In 2006, Barcelona has already won the Laureus Award for Spirit of Sport Award. 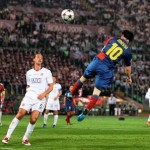 Messi’s chances:
Usually, it is very difficult for a footballer (or any team-sport player for that matter) to win a Laureus Award. It gets harder to win it when all the other nominations in your category are individual-sport players. It is an achievement to just make it to the prestigious list of nominees and Messi has done just that. But the chances for him to win it are rather low.

Bolt and Rossi are still going a mile ahead everyone they race. Federer’s year has four Grand Slam finals with two titles. Bekele still holds a handful of world records. Contador has pretty much won every major race he has competed in; including Tour de France. On top of that, all of them compete in individual sports. 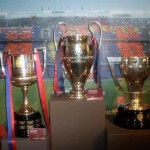 Barca’s chances:
Barcelona’s chances to win the award are quite bright and I’m sure everyone will agree. But it won’t be an easy decision even after looking at the Catalan army outplaying all their opponents with the inch perfect passing and movement at all stages they took. From the historical win at the Bernebue to the Champions League final to the Club World Cup.

Lakers have returned to their championship winning form. With the new manager and the new stadium, the Yankees are pretty much on top of their game. Currently rated number two in the FIFA World Rankings, Germany Women’s football team has won two consecutive World Cups (2003 & 2007). Brawn GP has 15 podium positions in their 17 races with 8 wins. South Africa’s rugby team managed to stuff their cabinet with trophies before the busy year took it’s toll on the team; they were name the IRB International Team of the Year anyways.