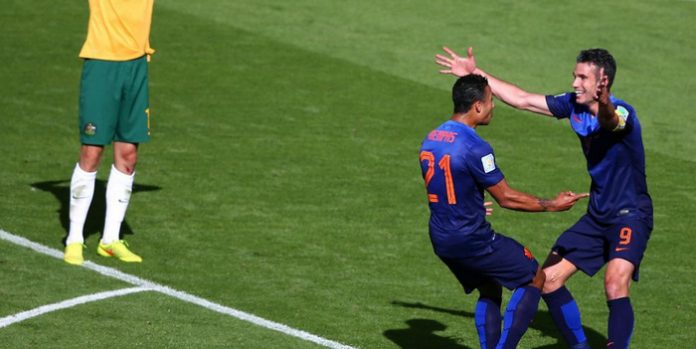 Holland took a giant step towards qualifying for the last 16 with a close fought 3-2 win over Australia in Porto Alegre, with both Robin van Persie and Arjen Robben again on the score-sheet. 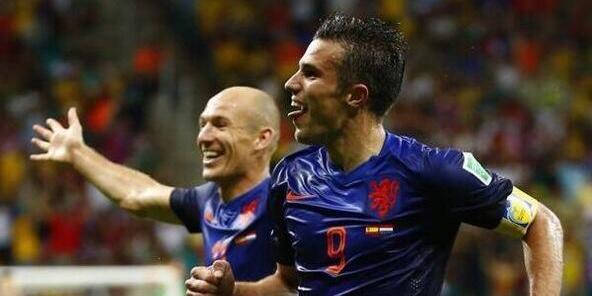 With the loss, Australia become the first side knocked out of Brazil 2014, but their effort can not be faulted, with the minnows going toe-to-toe with their illustrious opponents throughout, and were unlucky not have secured a point.

But while the Socceroos dominated in the first quarter of the game, but it was Louis van Gaal’s side which took an early lead. Bayern Munich star Arjen Robben embarking on a trademark solo run, tucking home with only 20 minutes gone.

Just one minute and four seconds later, Mathew Leckie’s cross from the right saw Tim Cahill net a stunning volley with his left-foot, which is certainly a contender for goal of the tournament, with his trike drawing comparisons to Robin van Persie’s strike for Manchester United against Aston Villa at Old Trafford on 2013. 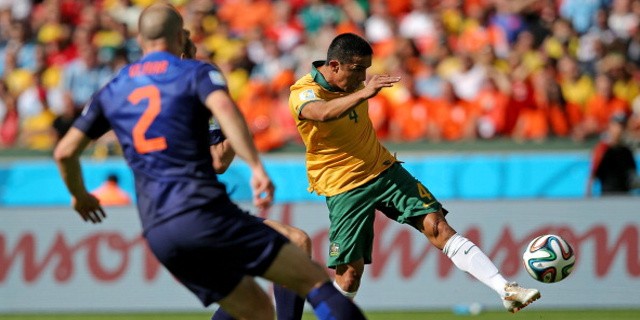 Just after the start of the second half, Leckie’s cross from the left was blocked by Daryl Janmaat’s right hand, forcing the referee to point to the spot, with skipper Mile Jedinak convertedwith confidence, giving his side a shock lead just before the hour.

After trailing for the first time in the game, Van Gaal’s men stepped up their efforts, with an equaliser coming courtesy of Van Persie, who powered a shot into the roof of the net to drag his side level. 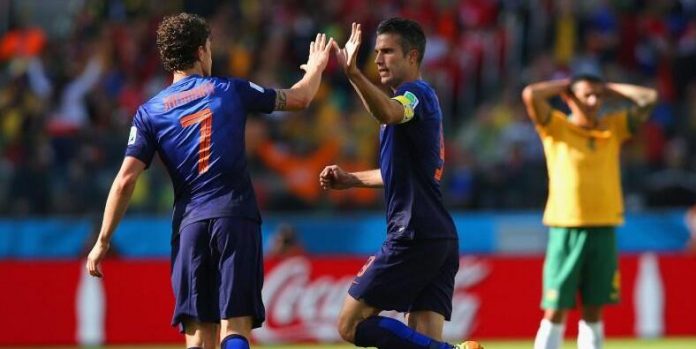 Memphis Depay, who came on a substitute for the injured Bruno Martins Indi, scored the winner from range, but his shot really should not have crept in, with Aussie keeper Mat Ryan at fault for failing to push the ball round the post.

With the win, Holland stay top of Group B, and if Chile fail to beat Spain this evening, they will become the first side to qualify for the last 16.