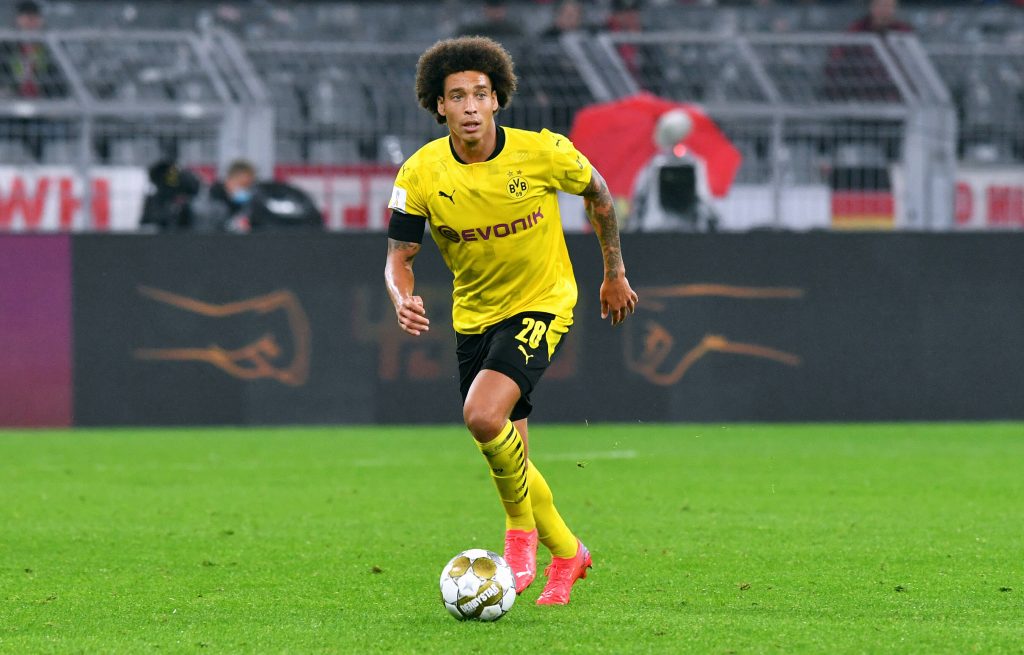 Central midfield is an area where Villa boss Dean Smith wants to strengthen at Villa Park before the transfer window closes.

The Villans are also believed to be chasing Juventus ace Weston McKennie.

However, Smith is seemingly casting his net far and wide.

Tuttosport claims that the Villans are ‘very active’ on the 114-capped Belgium international.

The 32-year-old is vastly experienced and has an extensive history of winning.

He has three league titles to his name from his time with Zenit Saint Petersburg and Standard Liege.

The Belgian specialises in breaking up the opposition’s play and is a very competent passer of the football.

In 15 Bundesliga appearances for Dortmund last season, he averaged 1.2 tackles and 1.5 interceptions per game.

He made 52.9 passes per match and recorded an impressive 93.7% completion rate.

Tuttosport reckon that he could be available for just €5 million (£4m). That is an absolute steal for a player of Witsel’s quality.

Signing him for that kind of money really is an absolute no-brainer for Villa.