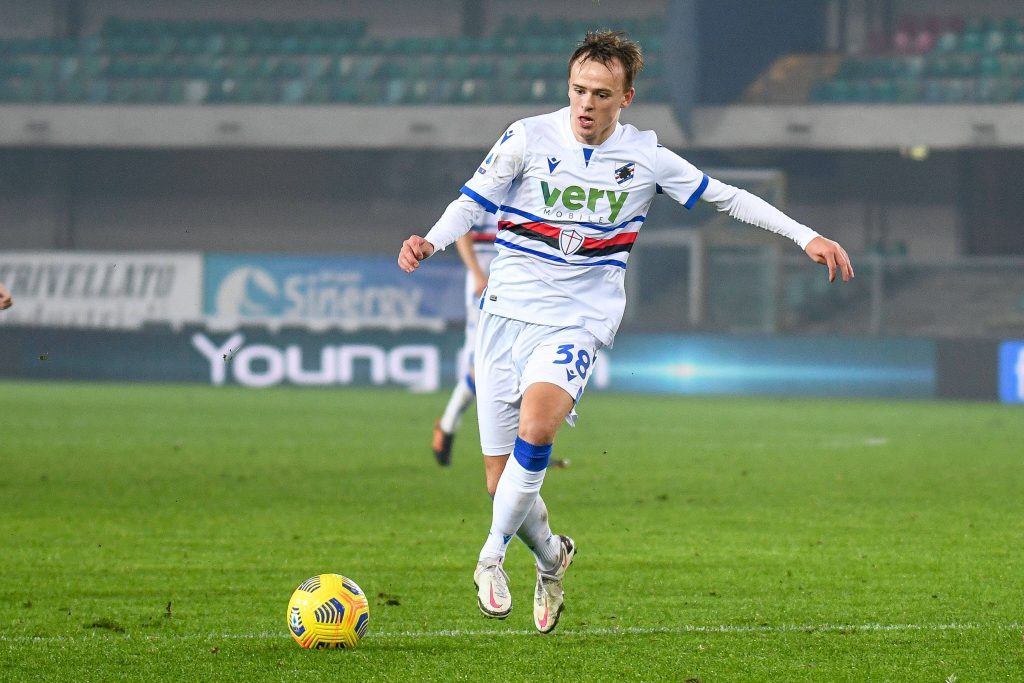 Aston Villa are keen on improving their attacking options this summer and have been linked with Sampdoria midfielder Mikkel Damsgaard, as per ClubDoria46.

The Danish international was impressive for the Serie A club last season, and his performances at the European Championships were also eye-catching.

Villa are expected to submit a significant offer for the 21-year-old but may need to bid at least €35 million to tempt Sampdoria into selling.

The technically gifted attacker can play in several positions, and his versatility would be hugely useful for Villa.

The Midlands club could use Damsgaard to replace Jack Grealish, who is closing in on a summer move to Manchester City.

Grealish has been a key performer for Villa, but City’s £100m bid may well be enough to secure his services.

A decision on his future is expected over the next few days, and Villa already appear to have been preparing for life without the talented playmaker.

They have been ambitious in the transfer market this summer, signing Emiliano Buendia, Ashley Young and Leon Bailey.

It could be argued that Villa will be collectively stronger, with their new signings helping to spread the attacking workload.

Losing Grealish would undoubtedly be a blow, but acquiring Damsgaard could help to reduce the impact his exit would have on the team.