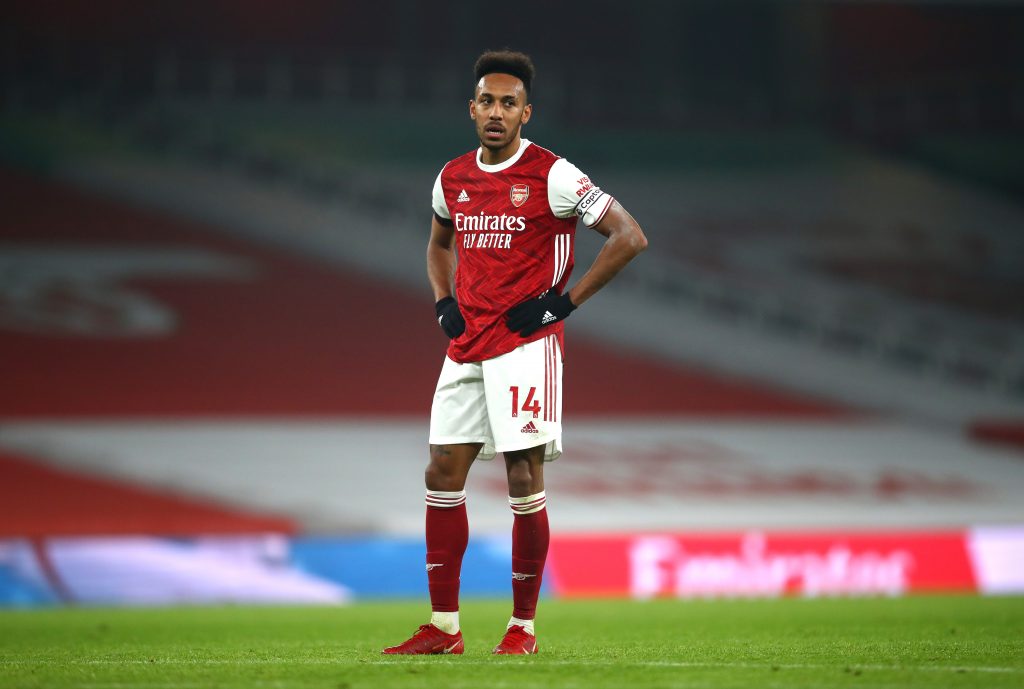 Arsenal manager Mikel Arteta has said that Aubameyang, like the rest of the playing staff, is not undroppable but has provided him with his full support.

The club captain was rested in the North London side’s 4-2 victory over Irish side Dundalk in the Europa League last night. The Gunners have won their group and will find out who they will face in the Round of 32 on December 14th. Eddie Nketiah, who scored the first goal in Thursday night’s victory, is now Arsenal’s top scorer this season with five goals in all competitions.

On whether Aubameyang is undroppable, Arteta said:

“No one is undroppable. At the end of the day, we have to find the right players to win football matches. But we cannot forget what Auba has done for this club and what he has done in recent months, not years ago. As well, I see how he’s training and how he’s behaving, how much he wants to turn this situation around. When I see that type of hunger, it’s about supporting the player as well as the status he has in the team because of the performances he has provided for this football club.”

The Gabon international has scored just two goals in the Premier League and has failed to find the back of the net from open play in the league since the first game of the season. This is the first time that Aubameyang has endured a difficult spell in front of goal since joining the Gunners in January 2018. He has carried the club ever since moving to North London from Borussia Dortmund and his struggles in front of goal are having a significant effect on the team’s results.

It must be noted, however, that the Gunners are struggling to create chances for their talisman and this is the primary reason for his goal drought. Aubameyang has been less clinical in front of goal when compared to past seasons but he has not been provided with the service he needs to put the ball in the back of the net.

Ever since Unai Emery became Arsenal boss, the North London side have been one of the most efficient teams in terms of scoring goals. They ranked first for conversion rate in the 2018/19 season as well as the 2019/20 campaign, according to Transfer Markt.

This is proof that creativity has been on the wane for a few years but Aubameyang has still managed to win a golden boot and come within one goal of retaining that award in the last two seasons. This season, Arsenal rank fourteenth for conversion rate which also shows us that there has been a drop in attacking efficiency.

In the 2020/21 campaign, Arsenal have been woeful in possession and if they manage to find a way to be more creative and incisive when they have the ball, it is likely that Aubameyang will convert a majority of the chances he receives.

On whether Aubameyang’s morale has dropped and if it is important to keep him positive, Arteta said:

“Listen, today and this week, the response that I’ve seen from the players and the reaction I saw from the players after the match, I cannot be any prouder. Because I know how difficult it is for everybody at the moment. After losing a derby you can be completely down and I saw a completely different team, a team that wants to fight, that has a big belief in what they are trying to do and they want to push themselves and push each other harder and harder. Auba was one of the main guys there and today he was walking around the place with an energy that wouldn’t be associated to a team or a player that is suffering at the moment and that is for me the way we have to approach it.”

On whether Aubameyang is a vocal captain in the dressing room, he said:

“If necessary, he will do it but I think he transmits his energy, his desire and his commitment to the team in different ways.”