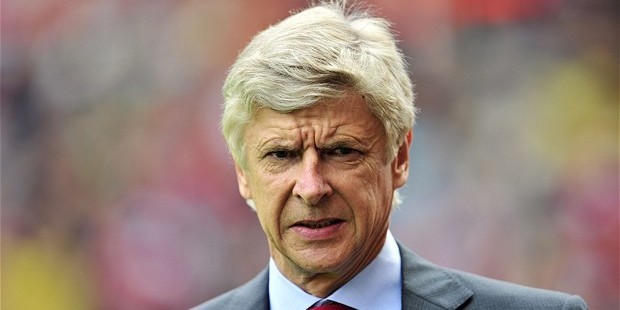 Before this weekend, Arsene Wenger was a manager under pressure. After successive draws Arsenal sat five points off the top four, and there was a morose atmosphere at the Emirates. This was not a kneejerk but the growing concern that a club was on the domestic decline.

Initially, I dismissed this as doom-mongering. Fifteen years of consecutive Champions League football, sob sob sob. Last home game won 5-2 against your bitterest rivals, oh woe is me, my sarcastic mind declared. These were football fans who had gorged on success and were moaning when the plates full of food stopped being piled high in front of them.

Perhaps I was wrong, because Saturday was different. There was a genuine low about Arsenal. There was no vigour, no invention, no spark and no verve. Wenger’s teams of previous seasons have lost home games but on those occasions there was a sense of ‘one of those days’ with posts hit, shots blocked and goalkeepers rejoicing with Man of the Match champagne.

Against Swansea, Gerhard Tremmel was left worryingly untroubled. Santi Cazorla and Jack Wilshere attempted to create during passing periods of possession, but Arsenal’s quality of creativity was woefully inadequate.

Swansea dominated Arsenal. They out-passed, outfought and out-thought their hosts. Wojciech Szczesny was comfortably the busier goalkeeper and the only surprise was that it took 88 minutes for the Swans to take the lead.

At the final whistle boos rang out, audible to the thousands already streaming towards Holloway Road. There were calls of ‘Wenger Out’ as season ticket holders pleaded that they ‘want their Arsenal back’. The neat triangles had stopped working. The two-touch passing on the edge of the area had seemed sluggish and without attacking probe. The entertainment and enthralling of home fans had ceased to occur. It felt like the end of the era.

Arsene Wenger can point upstairs to the management of the club, and this theory had pre-match support. Two thousand fans met to demand resignations from a board that they felt had forced the club into stagnation through crippling under-investment, but unfortunately for Wenger, this season’s performances are not solely due to the inactivity of player investment, and the buck must stop with the manager.

Swansea’s entire starting side cost £10.8 million. And they taught Wenger’s side a footballing lesson.

Michael Laudrup this week ruled Arsenal out of the title race:

“The title is between three teams – the two Manchesters and Chelsea. Arsenal cannot buy the players that Manchester City, Chelsea, Barcelona and Real Madrid can.”

Whilst Laudrup is correct in his assessment, he is missing the point here. Wenger cannot be blamed for not challenging for the title, but he must be responsible for creating a side that is now languishing in tenth position.

West Brom, Everton, Swansea, West Ham and Stoke City are the five sides now directly above Arsenal. Matt Jarvis is the only player amongst the 55 starters for those five teams to have cost more than £10 million. David Moyes, Tony Pulis and Sam Allardyce are all managers performing their roles at levels above the Frenchman, a statement that almost fails to comprehend in footballing brain.

This is extreme under-performance. A manager’s goal is to generate performance from his team beyond the sum of the individual parts. Wenger currently has a squad of talented players operating at a substandard level both individually and as a collective. In football, as is patently evident, there is only one available fall guy.

The saddest aspect is the stench of the inevitable, the mindset that there is little that can be done to resolve the current situation.

Even if Arsenal do respond, as could be expected with games against Wigan, Reading, West Brom, West Ham and Newcastle United before the New Year, and they do snatch fourth place, what should fans want? Can supporters protesting against underinvestment not expect the club to also twist rather than stick with their manager?

The obvious retort to such an argument is that Arsenal fans don’t know how lucky they are, and that my first paragraph should ring true. Unfortunately (and certainly in football) success wasn’t built on the limitation of thought. Stability is a myth and is the foundation of stagnation if left unchecked, and the Premier League is a stage on which standing still is moving backwards.

Author Carl Sagan puts it better than I ever could:

“Imagination will often carry us to worlds that never were, but without it we go nowhere.”

Whereas before Arsenal fans were thankful for the comfort blanket of Wenger’s reassuring presence, they now dare to wonder whether his continued employment is stunting growth and development.

This is in no way an advocation of the Chelsea model or managerial instability but could Jurgen Klopp be tempted from Dortmund? Or could Dennis Bergkamp (now assistant manager at Ajax) be groomed as heir to the throne, very much akin to Pep Guardiola’s managerial grounding?

This was not intended as a ‘Wenger Out’ piece, but the crucial development to me yesterday is that it is no longer treason to question the validity of the King. Until now, proponents of the view that Wenger may be implementing a downward spiral were very much limited to the fringes of Arsenal’s support. Yesterday that seemingly shifted.

Wenger’s previous successes earnt him a deserved degree of untouchability, but this has now been dangerously eroded. And if insanity is doing the same thing over and over again expecting different results, then Arsenal’s current plight begins to look mentally unstable.