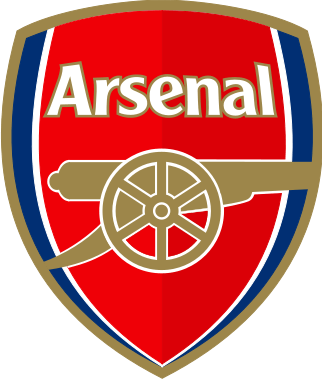 Arsenal have had a strong end to the season, but have heavily relied on Van Persie’s goals. In summer I fully expect Arsene Wenger to make some key signings to replace the likes of Cesc Fabregas and Samir Nasri who they’ve dearly missed.

Wenger has already secured the signing of Lukas Podolski from Cologne for an undisclosed fee.

Arsene Wenger: “He is a top-class player, a very good finisher and a proven performer at club and international level. He is a very strong player and will provide us with good attacking options.”

The Bundesliga outfit Cologne have officially announced that German striker Lukas Podolski will be joining Arsenal for the 2012/13 season. The announcement of Podolski signing for Arsenal comes just days after another German club, Werder Bremen, broke the news of Marko Marin moving to Arsenal’s London neighbours Chelsea.

Neither Gervinho nor Park Chu-Young have set the stage on fire, meaning that skipper Robin Van Persie has had to labour on his own upfront at the Emirates this season. It looks like he’ll be partnering the Dutch striker up front next season. Arsenal are believed to be chasing Montpellier and France striker Olivier Giroud, 25, who has also caught the eye of Aston Villa, Liverpool and Newcastle United.

Arsene Wenger has set his sights on making Ajax midfielder Jan Vertonghen Arsenal’s next signing after unveiling Cologne striker Lukas Podolski. However, they are facing competition from Tottenham Hotspur. Arsenal are reported to be in “advanced negotiations” with French club Rennes over the signature of midfielder Yann M’Vila. It is thought the 21-year-old French international, who has been capped 18 times by his country, could cost around £22m.

However, having recently been arrested for assault on a 17 year old, it looks very unlikely that Arsenal will make a move for the Frenchman. Fulham goal ace Clint Dempsey, 29, has refused to rule out a move away from Craven Cottage this summer despite having another year left on his contract. Arsenal are interested. Arsenal are ready to take on Tottenham, Manchester City and United in the race to lure the highly sought-after Eden Hazard away from French club Lille this summer. Chelsea are targeting Arsenal and England winger Theo Walcott and could be willing to swap him for Stamford Bridge striker Daniel Sturridge. This deal seems very unlikely to me.

Wenger is also set to go head to head with Paris Saint-Germain over the signing of Sunderland striker Stephane Sessegnon.

Schalke striker Klaas-Jan Huntelaar has put off talks over a new deal until after Euro 2012, alerting Arsenal to the Dutch striker’s possible availability. The 22-year-old France Under-21 international is a capable of playing anywhere across the back line or as a defensive midfielder, and Arsenal boss Wenger is looking to bolster his defensive options, according to the Daily Mirror.

The Gunners have joined the long list of clubs interested in the services of SC Heerenveen striker Bas Dost, 22, who rejected a move to Aston Villa because he will only move to a “big club”. The 22-year-old who has scored 28 goals in just 31 appearances for Heerenveen, he’s currently the top scorer in the Dutch League.

Polish striker Robert Lewandowski, 23, is also being tracked by Arsenal. Lewandowski has scored 20 goals and helped Borussia Dortmund to retain their Bundesliga title. Arsenal, Manchester City and Chelsea are set for a £1.5m tussle over 18-year-old Crewe midfielder Nick Powell, who has been described as having the potential to be the best ever graduate from the famed Alex academy

Arsenal have taken significant steps towards a summer move for Athletic Bilbao’s Javi Martinez, 23, but face a £32m fight with Manchester Untied and Barcelona to land the versatile Spanish international.

Christian Eriksen burst upon the world stage in the 2010-11 season as sensationally as Jack Wilshere. His connection with Ajax and Dutch football in general means, if signed, he will come to Arsenal well-schooled in Wenger’s preferred style of football.

Forget Eden Hazard, who will cost a fortune. Eriksen will cost less for similar value. Kagawa was Dortmund’s star in 2010-11 season before being eclipsed by Götze. Although most would consider the latter more skillful, Kagawa isn’t far behind. He is solid in possession, and his vision and reading of the game is very good. He wouldn’t be a bad signing for Arsenal.

Arsene Wenger is said to have turned his sights on Kagawa after it became clear Götze wouldn’t be coming to Arsenal.

Demba Ba has a nose for goal despite being overshadowed by countryman Papiss Cissé in recent weeks. His introduction to the Premier League has been remarkable.

He would be a very good signing for Arsenal, who in January were said  to be interested in signing him in the coming summer.

Arsenal are said to have their sight firmly trained on Hoilett, who could bring his salvific touch to the Emirates.

Honestly, I don’t think Arsenal should sign Hoilett, but again, rumors are rumors. Matías Suárez was all the rage in January with reports claiming he had come to an agreement with Arsenal for a move in the summer. He could well be a player that Arsenal look to make a move on in  the next month or so.