Well, well, well  just when we thought that Chelsea and Manchester United were the only two clubs interested in Sporting Lisbon’s William Carvalho, reports in Portuguese newspaper O Jogo have claimed that Arsenal’s €30m bid for the midfield sensation has been rejected. Sporting are believed not to be willing to let go the player for anything below their asking price of €45m. 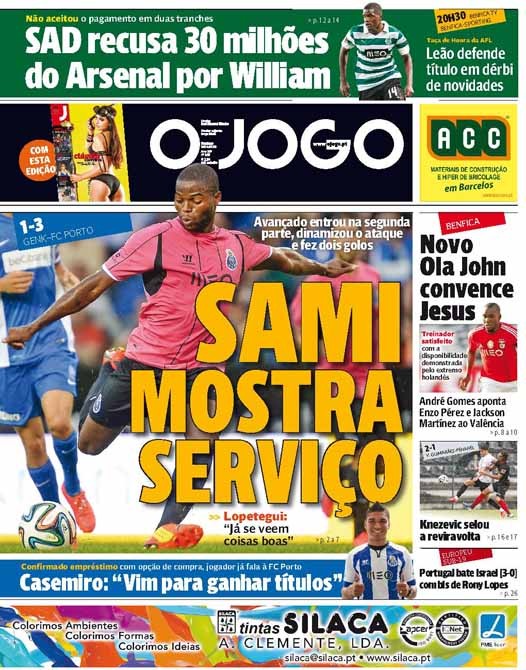 Soccerlens has covered the story regarding the 22 year old’s interest in the Premier League extensively, but it is quite surprising to see that the Gunners have now emerged to sign the player.

There has been significant interest from Manchester United and with the club claiming that they could lose their prized asset in the summer, the Red Devils are waiting for the right time to pounce on the player.

Chelsea too are interested in Carvalho are were looking to hijack United’s move for the best midfielder in the Portuguese league by a country mile.

However it would be interesting to see if wither of the three Premier League clubs are willing to pay the whopping €45m buy out clause to Sporting.