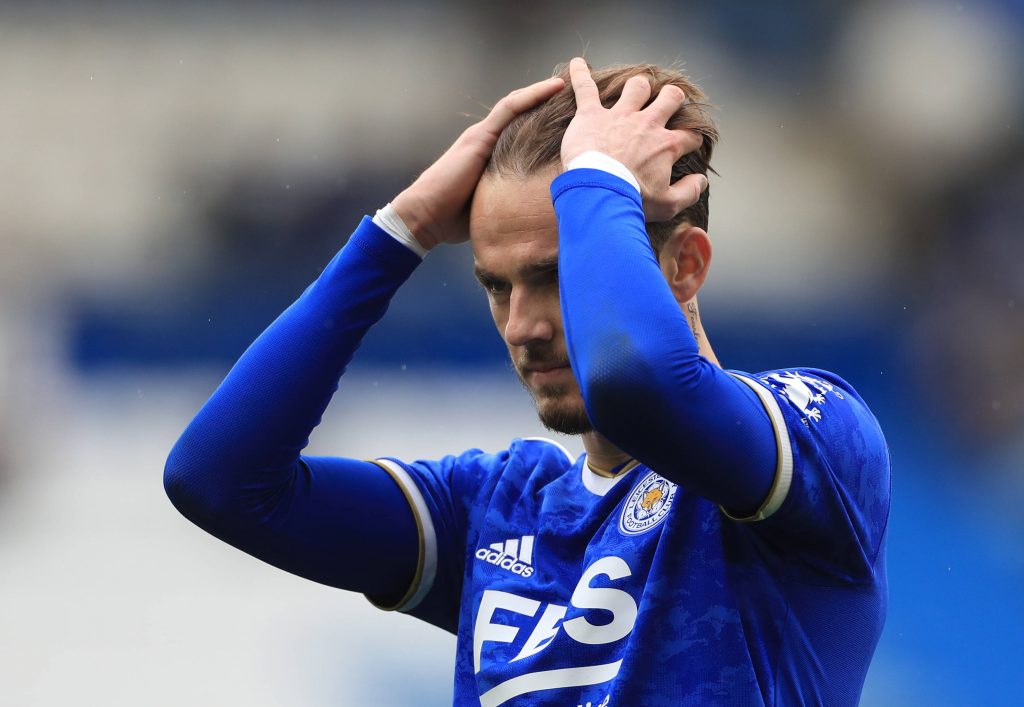 Imagine if all things in life would be as simple as two plus two makes four. Apply that to the transfer window, and you’ve got how Arsenal can sign James Maddison this summer.

Arsenal are reportedly interested in signing Maddison, but there is no indication that Leicester City want to sell him.

But, if they do and given the unpredictable nature of the window, he would cost around £60 million.

The Express have come up with a transfer suggestion for the Gunners, saying they could include exciting young talent Joe Willock as a part of the deal to reduce the asking price.

Let’s have a look at the situation in depth.

The 22-year-old has returned to Real Madrid, and his exit leaves a huge void that needs to be filled.

Arsenal have been linked with a host of players in recent weeks, including Lyon’s Houssem Aouar, but Maddison has now reportedly emerged as the club’s top target.

The 24-year-old is a fantastic playmaker who was unlucky to miss out on a place in the England squad for the European Championships.

However, Arsenal aren’t willing to meet his price tag. That’s where the idea of a swap deal comes into play.

Willock, who is reportedly valued at £30m by the Gunners, was the Premier League’s in-form player towards the end of last season, scoring in each of the final seven matches during his loan spell with Newcastle United.

While the Magpies are keen to sign him permanently, Leicester is a more attractive place to go, given a choice.

But how does it work? The Express claim that the deal makes sense for all parties involved.

“If Edu is open to using Willock as a bargaining chip, it could be a move to benefit all parties with Maddison going the other way,” they wrote.

“The latter would clearly represent an upgrade for Arsenal, while such a deal would see the club save their pennies to splash on further additions.”

All of that is true. Maddison would be an upgrade for the Gunners, and a swap deal would represent a smart transfer business.

However, this is where it gets interesting. From Arsenal’s point of view, we get a clear picture.

But how does The Express think it benefits a club that narrowly missed out on the Champions League last season?

“Meanwhile, Leicester would benefit from a decent chunk of money to help fund their own summer business, while the acquisition of Willock, who is crying out for regular first-team football at his current stage of development, could prove to be a shrewd move in the years to come,” they added.

Wait, what? Leicester are a well-run club who do not need to sell their key players to fund moves for their own summer business.

“They are already in European competitions once again, so whatever transfer business they plan out doesn’t involve selling their top players.

Yes, the signing of Willock “could prove to be a shrewd move”, but it doesn’t have to happen at the cost of losing one of your best players.

According to the report, Brendan Rodgers “has previously transformed young and talented cast-offs into elite operators, with the rise of Kelechi Iheanacho after his departure from Manchester City proving the Foxes manager’s ability to get the very best out of his players.”

Indeed, but while signing Iheanacho did Leicester sell any of their key players to City? Why must we assume that the Foxes need to sell Maddison to carry out their summer plans?

The Express doubled down on their view: “Willock himself would also reap the rewards of a switch to the King Power Stadium, with the pressure to succeed at a club like Arsenal able to lift from his shoulders and allow him to thrive as he did at Newcastle.

“It remains to be seen whether Arsenal will look to offload Willock as part of a deal to land Maddison, or if they will pursue the Leicester midfielder’s signature in any case.”

Does that mean the pressure of performing at Arsenal – the club that finished eighth – is more than at a club fighting until the last minute for a place in the top four? That defies logic.

Maddison would be a terrific signing for Arsenal, but that doesn’t necessarily mean the Foxes are ready to sell him.

Willock would reap the rewards if he moves to Leicester, which doesn’t necessarily mean that the Foxes would love to have him on their ranks.

Read: Everton in touch with 25-year-old’s agent regarding a summer move.