According to TMW, Arsene Wenger is continuing to pursue Real Madrid keeper Iker Casillas, and wants to move for the struggling star this summer. 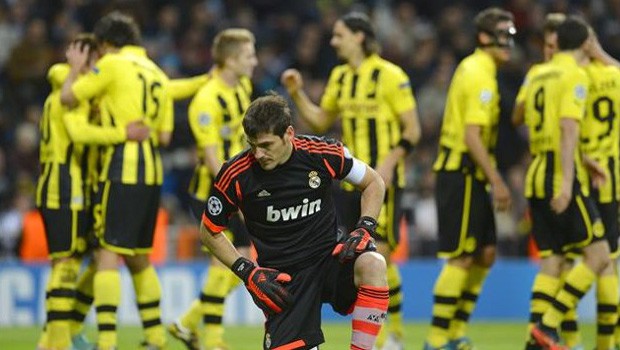 The report, which cites ‘fichajes.com‘ as its source, claims that the Arsenal boss is keen on the 32-year-old, who has seen his stock plummet at Madrid over the past two years.

Casillas has been linked with a move away throughout the season, with a summer transfer on the agenda for the Real skipper, despite his insistence that he is content in the Spanish capital.

The rumour was reinforced by Arsenal attacker Santi Cazorla this week, who revealed the club are monitoring his Spanish compatriot,

‘I’ve told him [I would like him to join Arsenal], but so far he has just been curious about my experience in England,’ Cazorla told Sport360 (relayed by the Daily Mail),

‘His situation is very complicated, but he has to make a decision.

‘Lots of clubs want him, including Arsenal, but I think that it would be very difficult to leave Real Madrid because of what the club represents.

‘He knows what he has [at Madrid] and what he could find at another club.’

For our money, TMW’s story doesn’t really add anything further to the story, and it seems unlikely that Wenger is on a specific quest to sign the player, considering the lack of other specific sources.

Cazorla’s interview shed quite a bit of light on the situation, and while Arsenal are seemingly interested in bringing Casillas to London, we may have to wait a little while longer for some more concrete information.

What do you think? Should Arsenal bring in Casillas? Let me know in the comments below…