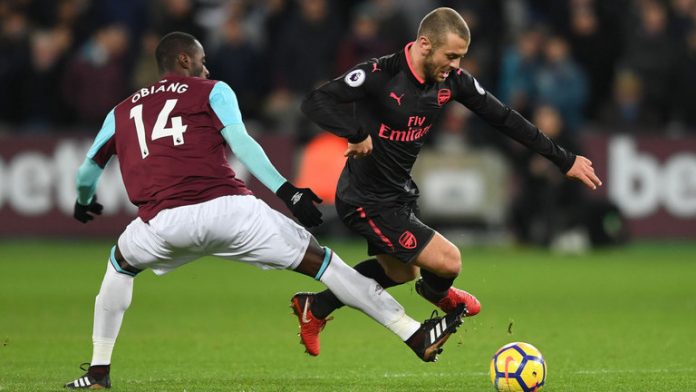 Arsenal host West Ham United in the Premier League on Sunday aiming to put a dent in the survival hopes of their London rivals.

Andy Carroll’s late goal against Stoke City earned a valuable point for the Hammers on Monday night, moving them six points clear of the relegation zone with five games remaining.

Arsenal’s main focus for the rest of this season is the Europa League, but their players will be keen to impress with the semi-final tie against Atletico Madrid on the horizon.

Henrikh Mkhitaryan is close to a return, but there may be another chance for Joe Willock if the Armenian misses out this weekend.

James Collins could be back for the Hammers, but Michail Antonio, Pedro Obiang, Winston Reid and Sam Byram are all out.

The two sides fought out a goalless draw at the London Stadium earlier in the season and West Ham would probably be happy with a point this weekend.