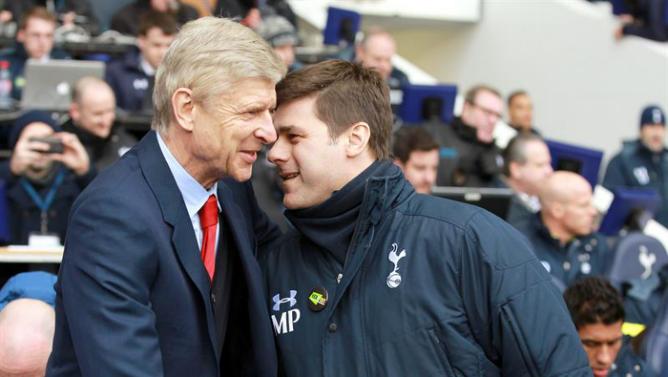 Arsenal welcome derby rivals Tottenham Hotspur at the Emirates on Sunday in the North London derby where both the sides will be looking to maintain their impressive Premier League form.

The Gunners, who sit level with Manchester City at the top of the Premier League, are currently boasting a five-match winning streak.

Their opponents on Sunday are unbeaten in the league since the opening day of the season, and are heading into this match on the back of a three consecutive victories in all competitions. This derby fixture promises to be a real cracker.

The current situation is nothing new for the Gunners. Back in 2013-14, Arsenal emerged as a genuine contender for the Premier League title, when they sat at top of the league for nearly half of the season, but a dramatic late collapse saw them finishing in fourth eventually.

Wenger must ensure that history do not repeat itself here. In that season, injury scuppered Arsenal’s title quest, and here again, we’ve a similar problem arising again.

The 5-1 defeat against Bayern in the midweek was morally devastating, but there’s no real shame in admitting that the Gunners were beaten by arguably the best team in Europe at the moment. The question is – can they bounce back?

It seems like Tottenham are really up for the challenge. Spurs didn’t miss the opportunity to aim a dig at their North London rivals, hours after Arsenal’s humiliation at the Allianz Arena, by tweeting “good morning @FCByaernEN”.

Tony Evans, the former editor of The Times, notes in his blog for ESPN that Spurs can become a serious title contender should they win against Arsenal on Sunday.

The Lilywhites haven’t lost in the league since a 1-0 defeat against United on the opening day. They have this odd habit of picking up good results agains the big teams, as back in September, they dismantled Manchester City 4-1 at White Hart Lane. Can they produce another similar performance against their derby rivals on Sunday?

The Gunners will be without their highly rated right back Hector Bellerin due to injury, while Laurent Koscielny faces a late fitness test.

Summer arrival Heung-min Son is available for selection, though it remains to be seen whether he makes the starting XI.

Nabil Bentaleb has returned to training however he is unlikely to make the squad. Nacer Chadli is sidelined but Danny Rose should be available.

1 – Spurs have won only once at Arsenal in 25 matches in all competitions since May 1993.

2 – Spurs have lost two of their last 10 Premier League away games.

10 – Spurs are undefeated in their last 10 matches

19 – Arsenal are undefeated in 19 of their last 20 home matches against Spurs.