Arsenal entertain Serie A giants Napoli in their Champions League clash tonight at the Emirates, looking to maintain their impressive run-of-form in the season.

The Gunners are pitted in a strong group, featuring Borussia Dortmund and Marseille but following their opening day victory away in France, they head into this tie in a far better spirit. 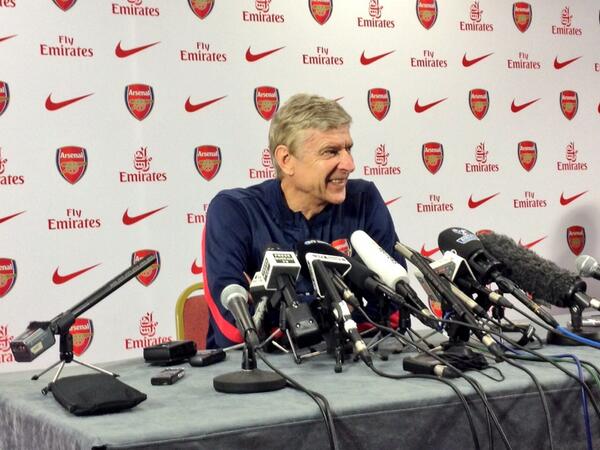 The Gunners camp has been lifted by the arrival of club record-signing Mesut Ozil, who has galvanized the spirit to a different level. Since their opening day debacle at the hands of Aston Villa, they’ve climbed to the top of the Premier League table, won eight consecutive away games and have made a solid start to their European campaign – surely, they are one of most in-form teams in Europe at the moment.

Their opponent Napoli have been equally impressive under former Liverpool manager Rafael Benitez. In four years under the charge of Walter Mazzarri, Napoli rose to the upper echelons in the Italian league and naturally the skepticism was high when the Spaniard took over in the summer, especially taking into consideration he had a tough time in Italy before, where he was sacked by Inter Milan within only six months in charge.

But, like his reign at Chelsea, Benitez has buried all such doubts to bed, as Napoli have dropped only two points this season and are lying second in the league, behind AS Roma.

While Ozil has settled in nicely at his new club,  another former Real Madrid star, Gonzalo Higuain has been all but impressive since moving to Naples in the summer.

The 25-year-old, who was one of the prime targets of Arsenal in the summer, has netted four goals in six starts, including a strike against last season’s Champions League runners-up Dortmund in their last European home game. Along with him, other Madrid new-comers Raul Albiol and Jose Callejon have been equally impressive as well.

Midfield maestro Marek Hamsik has once again taken up the role of a talisman for this side while young Lorenzo Insigne, who has been highly praised by Wenger, has been one of the star performers for Napoli.

Arsenal will still be without the services of several key players like Theo Walcott, Santi Cazorla, Alex Oxlade-Chamberlain and Lukas Podolski but Wenger has received a major boost with the return to fitness of Tomas Rosicky.

Benitez has no major injury concerns at the moment with right-back Christian Maggio the only enforced absentee for this tie.

Mesut Ozil – The Real Madrid star not only adds the sparkle of world class quality needed to lift the squad but he brings in a wealth of European experience which would help Arsenal not only overcome the “Group of Death” stages but progress beyond that.

Lorenzo Insigne – Wenger has pin-pointed the 22-year-old as one of the key cogs in Benitez’s well drilled Napoli machine. The lad is an excellent dribbler and his battle with Bacary Sagna could decide the fate of the match.