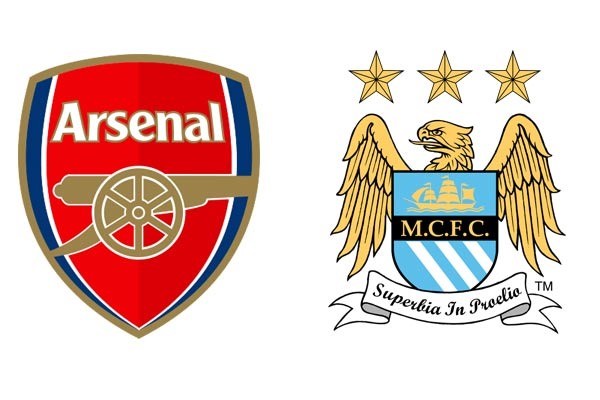 The mouthwatering fixture of this week is undoubtedly Manchester City’s trip to Arsenal, where both the teams not only will battle each other for the top position in the league but will looking at gaining a psychological upper-hand in the title race.

Both Arsenal and Manchester City have an identical form guide heading to this match. After a torrid month of November, where the Gunners won just once in five games, they have gained some momentum by winning all the three matches in December so far.

Arsene Wenger understands that “City is a threat” but being ahead of their rivals in the Premier League table, albeit marginally, gives Arsenal the freedom to focus on their own game.

“What will be an advantage for us is to focus on our performance. We go into a top level game,” said Arsene Wenger.

City on the other hand are winless in their past three away games in the league, but have hinted of returning to form, by winning four times in their last five matches in all competitions.

The Citizens have won only once at the Emirates in the Premier League since 2008/09, although in recent years, the Manchester club have dominated the fixture more.

Wenger will set to field an unchanged team that won against Aston Villa, although he is sort-of-hand-tied with several key players missing through injuries.

Flamini and Ramsey will keep their place in midfield in absence of Coquelin and Cazorla respectively, while Theo Walcott is likely to continue on the right hand side.

Wenger said in the press conference that Alexis Sanchez has a slight chance of making the game, although even if he is passes fitness, Wenger won’t risk him in the starting lineup.

For Manchester City, Sergio Aguero is back and ready to start, but skipper Vincent Kompany is still absent with injury.

Kevin de Bruyne was rested in City’s last match and the Belgium international is expected to return to the starting XI here. Fernandinho is likely to start alongside Yaya Toure in the middle, while Alexander Kolarov is expected to take the left-back role.