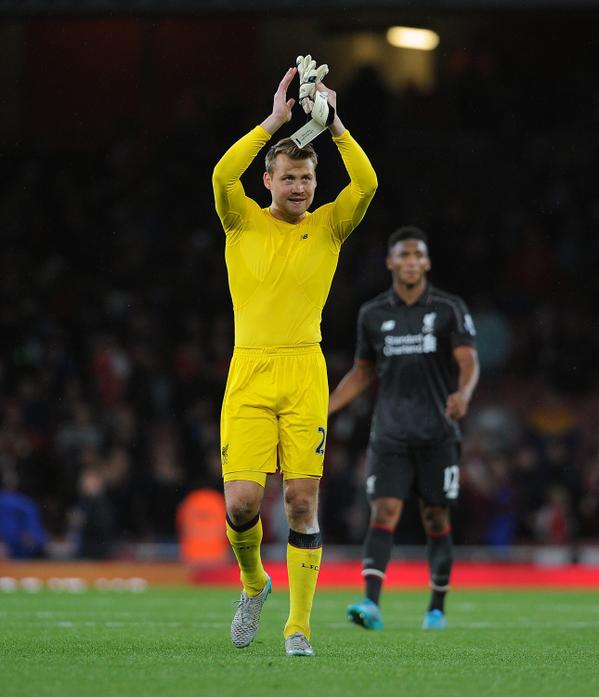 It was a fairly entertaining goalless draw between Arsenal and Liverpool at the Emirates Stadium yesterday, where both teams cancelled each other out throughout the entire 90 minutes. While it was satisfying result for Brendan Rodgers’ Liverpool, Arsene Wenger will lament his side’s inability to break through the disciplined Reds rear guard, although Arsenal will bemoan the first half strike from Aaron Ramsey which was ruled out for offside.

Arsenal’s summer goalkeeper overhaul saw Cech being brought in for big money from rivals Chelsea, while Wojciech Szczesny moved to AS Roma on loan. While Cech was at fault for the Gunners’ 2-0 loss to West Ham United on the opening day, he was the hero against a direct Liverpool last night.

Cech’s fingertips denied Philippe Coutinho at the stroke of half time, and his reactions kept Liverpool’s big money summer signing Christian Benteke at bay during the first period when Arsenal were still getting to terms with their new-look back line comprising of Calum Chambers and Gabriel Paulista, who made their first starts of the season.

The Czech stopper made four saves in the first half alone, and was the major factor in keeping the scoreline at 0-0 at the break, after which the Gunners regrouped and put together a more controlled second half performance.

The young Frenchman was clearly Arsenal’s most influential player in the first half after Cech, as he was ever present in and around Gunners’ defensive third with his tackles and interceptions negating the advantage his team-mates offered Liverpool with their carelessness in getting the ball out from the back.

The 24-year-old’s involvement in the middle third waned in the second half as Arsenal laid siege on Liverpool, but he was one of the key men in keeping the scoreline goalless as the Gunners were slow off their blocks against a Liverpool side intent on playing vertical football with their advanced midfielders around target man Benteke.

Coquelin twice made inch-perfect tackles to first deny Coutinho inside the box and then Benteke just outside the 18-yard area when both players were in possible goalscoring positions.

The young Englishman had a difficult start against Liverpool’s direct approach and was all over the place in his first start for Arsenal this season. He lacked conviction while passing out from the back, which gifted openings for Liverpool and was uncomfortable against the attacking movements of the Reds.

He cheaply conceded possession in the initial stages as the Gunners lacked control in their own defensive third, and only Coquelin’s recoveries saved his blushes in what was an unforgettable first half of football from the 20-year-old. He was bullied in the air, managing to win only half of the aerial duels he was involved in.

He had a much better second half and much of it owed to Arsenal’s greater presence in the final third and Liverpool sitting back to soak up pressure. A difficult experience for the youngster, but one that will stand him in good stead in the future.

Once again, the big Frenchman was found wanting in a big game. Although Giroud will claim to have been pulled back by Dejan Lovren in the second half for which a penalty should have been awarded, his overall influence to Arsenal’s attacking patterns was negligible. He failed to combine well with Alexis Sanchez, and most of their combinations with either Giroud finishing wildly or making a wrong pass.

He was rightly taken off for the final quarter hour of the game after which Arsenal looked more threatening with Theo Walcott.

The Belgian goalkeeper came alive in the second half after a relatively quiet first 45 minutes as he helped the Reds maintain their 100% clean sheet record. He was called on to keep Arsenal’s attacks away and his most vivid contribution was parrying away Giroud’s attempt in the 70th minute.

However, the most telling aspect of Mignolet’s performance was his command over his area as his confidence oozed through Liverpool’s defensive ranks as they comfortably negated Arsenal’s growing threat in the second half. He was solid in set-pieces and corners, and also kept out efforts late on in the game from Ramsey and Alex-Oxlade Chamberlain.

Skrtel produced one of his best defensive displays as Liverpool kept Arsenal at bay throughout the game. His authority was commendable, and he easily dealt with the aerial balls. Skrtel’s 17 successful clearances out of 20 point to his commanding performance, after a somewhat error-prone outing against Bournemouth last time out.

The Slovakian won 75 percent of the aerial duels in Liverpool’s defensive third, and his second half clearance from a Oxlade-Chamberlain cross to deny a clear goalscoring chance for Walcott was the highlight of his heroic performance.

It is difficult to single out poor individual performances in a team effort which concentrated much on defending and keeping a clean sheet intact but Liverpool’s big Belgian striker should have buried his first half effort from close range. Instead his effort was excellently kept out by Cech, who himself had a day to remember.

Benteke’s influence waned in the second half, and he had a very poor pass completion rate of 62 percent which was one of the main reasons for Liverpool losing possession in the final third of the pitch. Although he again was a key component of the Reds tactical plan, winning 66 percent of the his aerial duels, all of which came inside Arsenal’s half.

Can made his first start of the season in the absence of captain Jordan Henderson and the German was a lesser influence compared to what Henderson has been in the Reds’ two previous games. Can was horizontally aligned with James Milner, and often found himself in unfamiliar areas of the pitch such as his movement into the wide left when Coutinho tucked inside.

The 21-year-old had a solid outing, but lacked the verve required of a box-to-box midfielder, and also conceded possession cheaply in the central areas more than once. His attacking impetus was further hindered by Liverpool sitting deep and soaking pressure in the second half.