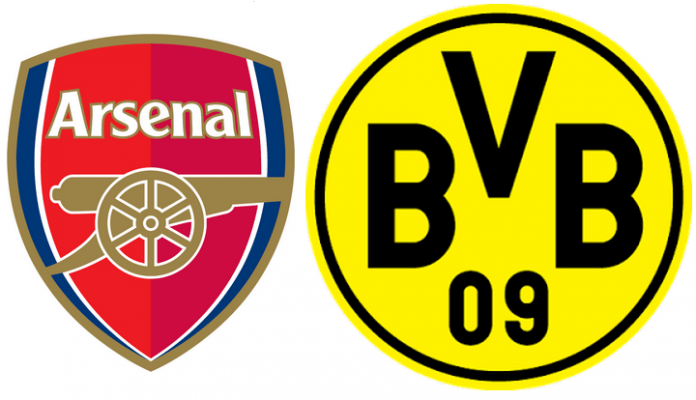 Arsenal hosting Champions League finalists Borussia Dortmund in this season’s group stage is one of the standout fixtures in Europe this week.

We look at four head-to-heads where the match may be won and lost for Arsene Wenger and Jurgen Klopp:

If Gunners left back Gibbs harbours any World Cup ambitions he must do what Leighton Baines did on international duty: shackle Poland captain Blaszczykowski.

Supply will come centrally and from the other flank too, but it is essential Gibbs prevents Kuba from finding compatriot Lewandowski. Attack may be the best form of defence for Arsenal here.

Another thing to watch out for wide is swapping of flanks. Blaszczykowski came to the left against England at Wembley in search of possession. Bacary Sagna will have to try and show him on the outside onto Kuba’s weaker left foot if Dortmund tries that tactic.

Tall defender Mertesacker may have a height advantage, but the German does not possess a turn of pace if in-demand Polish frontman Lewandowski gets away from him.

Klopp will naturally instruct his striker to makes run off the slower centre back. Lewandowski knows he would get less change out of Laurent Koscielny in this respect anyway.

What Wenger needs his Gunners to do is restrict the supply line. Possession really is going to be nine-tenths of the law when these two teams meet on Tuesday.

Midfield is likely to be congested, but Ozil has the X factor to worry Dortmund defenders. The 4-3-3/4-2-3-1 formation of the early weeks of Arsenal’s season looks like it has given way to the Christmas Tree or 4-3-2-1. This is in large part down to injuries.

Ozil as one of the two behind Giroud will cause problems for opposition utility man Grosskreutz. Dare he get sucked into the middle as well, ceding the wide area to Gibbs up from left back?

Elsewhere in midfield we know the Gunners must do without Mathieu Flamini after Wenger confirmed he will not be risked following a head injury. Nuri Sahin, a flop at Liverpool and Real Madrid, is back in Dortmund ranks and may now have some freedom to thread balls forward.

Linked with Barcelona, Hummels can enhance his credentials ahead of a big money move by keeping Arsenal’s centre forward quiet.

The Dortmund defender must be wary of clever movement off the ball by Giroud. It’s this kind of subtlety that has produced goals for the Gunners striker so far this term. Neven Subotic meanwhile must decide what to do if he has nobody to mark.