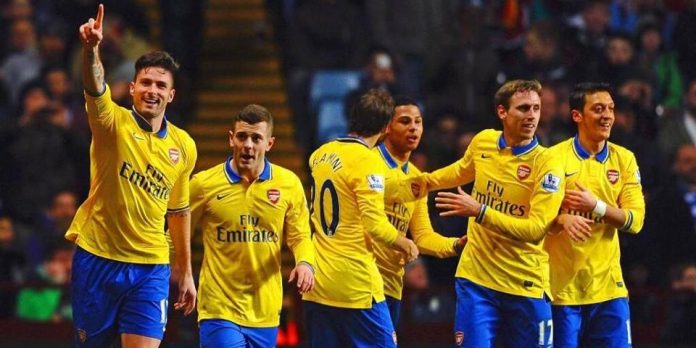 Arsenal returned to the Premier League summit tonight with a narrow 2-1 win over Aston Villa at Villa Park.

Mesut Ozil set up the first goal for the Gunners, but his performance was under intense scrutiny today after a series of hit-and-miss displays of late. 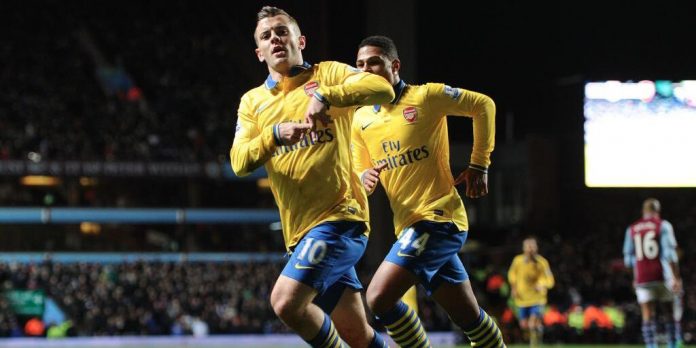 The German slid a lovely pass through for Jack Wilshere to open the scoring after 34 minutes, with the England international finishing well with his left foot.

Arsenal doubled their lead only a minute later when Olivier Giroud swept home after controlling a Jack Wilshere through ball.

Villa rarely threatened until Christian Benteke met a terrific Matthew Lowton cross with a diving header to put his side back in contention.

But it never looked like being the catalyst for a famous comeback, as Arsenal saw the game out with relative ease, and earned yet another three points, as they continue their march towards a first Premier League title for a decade. 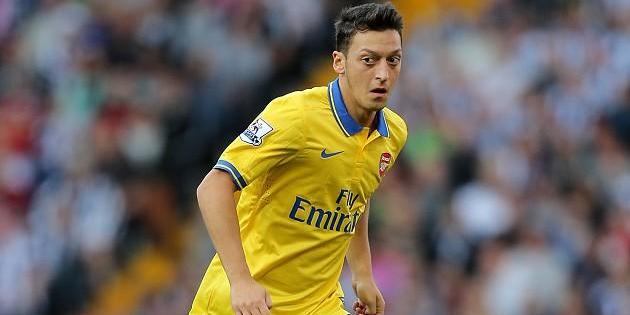 Mesut Ozil was at the centre of many Twitter debates throughout the match, with Arsenal fans and despisers alike airing their views on the £42m summer signing, with the general consensus being that once more he failed to reach the lofty heights expected of him.

I have no idea with what is going on with Ozil. He goes missing for long periods of time then does one of his 360 turns and then nothing…

to think ozil isn’t at his best yet. whew, going to be a very interesting finish to the season

Just a reminder that Ozil came almost 80 places higher than Hazard on that Guardian 100 players list, as voted for by their genius writers.

What do you think? Does Ozil deserve the criticism? Let me know in the comments below…